For the “story of the month,” Coline, a contributor to a women’s magazine, is sent deep into the Pyrenees to interview Simon, a rather wild artist who claims his mother appeared to him at the precise moment she died. Coline is particularly intrigued since her beautiful neighbor Azar insists the same thing happened with her father! On the night they meet, Simon attempts to seduce Coline, who resists but falls in love… END_OF_DOCUMENT_TOKEN_TO_BE_REPLACED

Journalist Bruno (Auteuil) is swithering between a wavering wife (Devos) and a much younger girlfriend (Sagnier), and politically undecided after the collapse of communism. Realising a break in routine is required, he answers a call for help from his uncle (Yanne), which takes him to the countryside near Grenoble. Charged with delivering a letter to the old man’s romantic rival, he’s soon deep into uncharted territory and a disorienting encounter with the volatile Béatrice (Scott Thomas). All this resolves itself into a narrative homily about needing to lose yourself in order to find your way again, but you get the feeling that Bonitzer (former Cahiers du Cinéma editor and frequent Rivette collaborator) is less interested in the destination than the uncertainties of the journey. END_OF_DOCUMENT_TOKEN_TO_BE_REPLACED

Pierre Collier is dead…
He was murdered at the home of senator Henri Pagès and his wife Eliane, where he was spending the weekend with friends. His wife Claire is the number one suspect. She was arrested when found standing next to the victim’s corpse, a gun in her hand. She no doubt had reasons for seeking revenge on her fickle husband. But appearances may be misleading. The weapon is not the one used to commit the crime, and each guest becomes a potential suspect. Pierre’s mistress Esther, Léa his humiliated former girlfriend, Philippe his rival… they all have a motive. And then there’s the senator himself, who is crazy about guns. Captain Grange finds himself confronted by this complex affair – which then becomes even murkier when another murder takes place. END_OF_DOCUMENT_TOKEN_TO_BE_REPLACED

“Ostensibly a faithful adaptation of Pierre Klossowski’s autobiographical novel about the struggle between rival doctrinal factions with the Catholic Church, THE SUSPENDED VOCATION illustrates Ruiz’s belief that institutions, in order to survive, must treat all forms of dissidence as treason. In 1942, a film entitled The Suspended Vocation was begun by a group of monks; running out of money, they abandoned the project. Twenty years later, a religious order hires a professional director to again take up this film project; the director, having examined the earlier footage, concludes that it is unusable. He decides to use professional actors, at which point the church authorities, fearful of the escalating costs, withdraw their support. END_OF_DOCUMENT_TOKEN_TO_BE_REPLACED 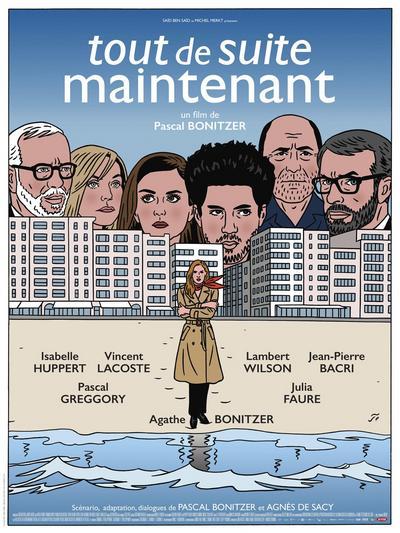 Nora Sator, a dynamic young thirty-year-old, began her career in high finance.
When she learns that her boss and wife have frequented her father in their youth, she discovers that a mysterious rivalry still opposes them.
Ambitious, Nora quickly gains the confidence of her superiors but maintains complicated relations with her colleague Xavier, unlike her sister Maya who quickly succumbs to her charms …
Between stories of family, heart and professional intrigues, destinies intermingle and the masks fall. END_OF_DOCUMENT_TOKEN_TO_BE_REPLACED