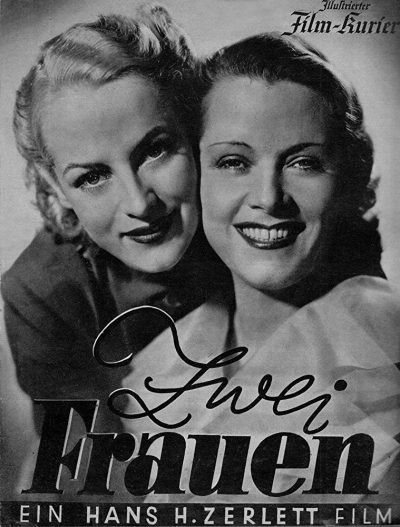 Here’s a film so rare and forgotten, it isn’t even listed the German Lexikon des Internationalen Films, so it’s unlikely that it ran anywhere after the war. The overly bright but quite good copy of unknown provenience has Dutch and French subtitles burned in.
The story is about a theater star (Olga Tschechowa) who finds herself suddenly a mother again after her daughter (Irene von Meyendorff) who lived with her father for 16 years got thrown out by him because she wants also to become an actress. Naturally the mother isn’t too pleased because she fears to be recognized as a mother losing some star appeal, so they present themselves as aunt and niece. However the young girl soon proves to be a competitor in love and career … END_OF_DOCUMENT_TOKEN_TO_BE_REPLACED