Synopsis:
The Bear and the Fox, or What Friends Are for:

‘The bear, played by Philippe Noiret, is the conductor of a music hall orchestra, a kind hearted soul, always ready to help the next person if need arises. The fox, played by Jean Rochefort, is a trumpeter in the bear’s orchestra and his friend since childhood. After an evening’s performance a young woman enters their common dressing room, draws a revolver and starts shooting at the fox. She cries out that he has ruined her sister but is far too nervous to aim straight and causes no real harm. After she has run away, the fox gets into hiding, asking the bear to find the woman he swears he has never seen before. He makes a list of all his lovers, and it is a very long list indeed.
The (strictly monogamous) bear travels through all of France in the quest of the woman whose life the fox has ruined, in the hope that the murderous sister can be captured and the fox can go on with his life. He meets all kind of womenfolk and learns a lot about his friend who is a far more dubious and amoral person than he had thought previously. END_OF_DOCUMENT_TOKEN_TO_BE_REPLACED

Synopsis:
An unknown future. WWIII extends. Jean-Marie Despres, a prestigious surgeon, broken by life and his divorce supervises a field hospital, a few kilometers from the front. He meets the young and beautiful nurse Harmony. She is an idealist, she gives him hope. END_OF_DOCUMENT_TOKEN_TO_BE_REPLACED

Synopsis:
Edouard Binet, an aimless Frenchman, has been travelling in North Africa for many years, and is sailing to Belgium. En route, he meets Sylvie Baron. He introduces her to Nemrod Lobetoum, a rich Egyptian carrying valuable jewelry, and Sylvie and Nemrod become friends. Their friendship escalates to love, which makes Edouard jealous. Days later, Edouard arrives at a rooming house owned by Mme. Louise Baron, Sylvie’s mother, wearing blood-stained clothes. It appears that Nemrod was killed on a train after he arrived in France, but Edouard denies any knowledge of what happened. Sylvie suspects that Edouard is responsible for Nemrod’s death, but by now her mother has become Edouard’s ally. END_OF_DOCUMENT_TOKEN_TO_BE_REPLACED 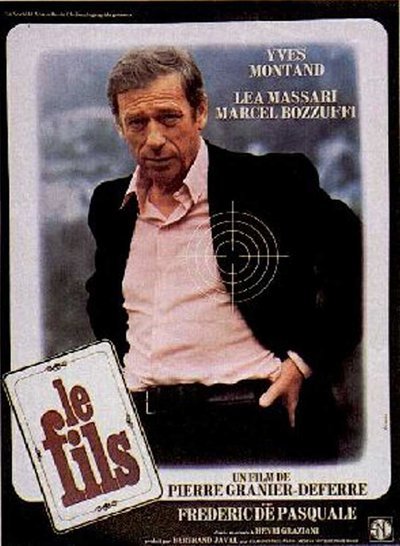 Synopsis:
Ange leaves New York to fly to his native Corsica. His mother is dying and Ange, who was not present when his father died, wishes to be present at her death. In Corsica Ange finds his brother Baptiste who married Maria, the woman he loved. He finds out that his father was killed, but nobody wants to tell him the name of the killer. And finally he finds two killers expecting him. END_OF_DOCUMENT_TOKEN_TO_BE_REPLACED

Synopsis:
When political thugs murder an opponent’s volunteer and also kill a cop, chief inspector Verjeat believes the politician who hired them is as guilty as the murderous goon. Verjeat’s pursuit of the councilman, Lardatte, gets him a warning from his superiors. When he embarrasses Lardatte while disarming a hostage (the dead volunteer’s father), Verjeat is told he’s being transferred within a week. He speeds up his hunt for the goon and, with Lefévre, one of his young detectives, he engineers a complicated scheme to buy more time before the transfer. How should Verjeat play out his values of honor and duty? END_OF_DOCUMENT_TOKEN_TO_BE_REPLACED

Henri is alone in Paris during the month of August while his wife and children go on vacation. By chance he meets Pat, a beautiful young English woman who’s come to Paris for a photoshoot but who has nobody to show her the town. END_OF_DOCUMENT_TOKEN_TO_BE_REPLACED