Quote:
It is an outstanding film that sees Feuillade experimenting with this new cinematic genre that will lead to his classics, Fantomas, Les Vampires and Judex. The film is also notable for its introduction of the actor René Navarre, who plays detective Julien Kieffer and will go on to play Fantomas.

Le trust, ou les batailles de l’argent has a most unusual plot. The film involves the detective Julien Kieffer helping the industrialist Jacob Berwick spy on his rival Darbois in order to steal Darbois’ discovery of a formula to manufacture artificial rubber. This is the earliest example of a film that is based around corporate espionage; surprisingly, the film transcends its plot and proves to be compelling viewing. END_OF_DOCUMENT_TOKEN_TO_BE_REPLACED 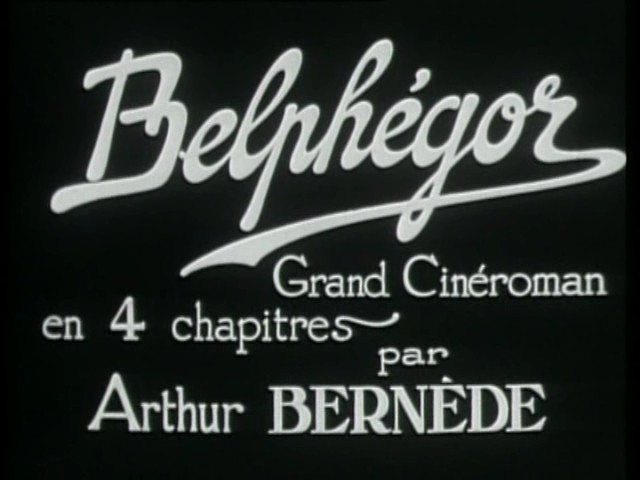 Restored by “La Cinémathèque Française” in 1988

Plot :
A ghost has been seen during the night in the Louvre Museum (Paris), and a guard is found dying near the statue of Belphégor, a god of Moabites and Ammonites. A young reporter, Jacques Bellegarde, begin to investigate but soon he’s being threatened by some letters sent by … Belphégor

It’s a silent mini-serie in 4 parts, after a popular book of Arthur Bernède, in the style of the 1st Fantômas (in fact, René Navarre was Fantômas in the Louis Feuillade’s movie)

Nearly 40 years later, a remake of this serie was made with Juliette Greco and met a great success in France, and is much better known that this one. END_OF_DOCUMENT_TOKEN_TO_BE_REPLACED