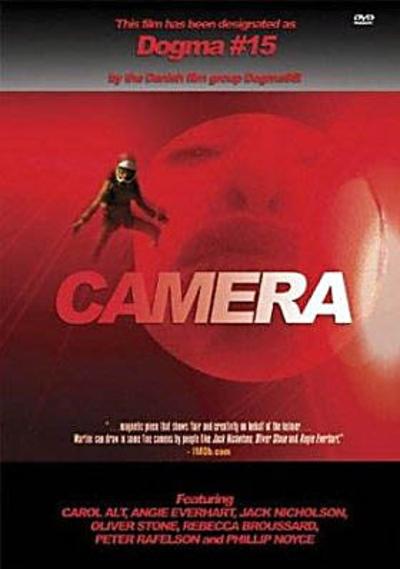 From Imdb:
Richard Martini’s “Camera” is an ambitious – yet, addictive independent film encompassing intrigue, comedy and adventure. An inside look into the lives of several people – via the one digital camera they all buy – it’s a compulsively magnetic piece that shows flair and creativity on behalf of the helmer. It’s got no budget and it’s got no buzz – but “Camera” is a rare delight, and especially interesting to see Martini can draw in some fine cameos by people like Jack Nicholson, Oliver Stone, and Angie Everhart.
Bravo Martini – we look forward to your next project. END_OF_DOCUMENT_TOKEN_TO_BE_REPLACED