Private detective Edward Mercer goes to Venice at the request of a French insurance company to locate a brave Italian whom they wish to reward for his part in the rescue of an Allied airman shot down during the war. At least, that is what Mercer thinks as he steps off the steamer at the Piazza San Marco and is greeted by a smiling street photographer, Cassana. Mercer makes his way to a shop and finds his first contact dead from a knife stab, and the trail leads him to Adrianna. He faces danger from police chief Spaloni and also from a group of foreign patriots, led by Count Borian and Lieutenant Longo, who want to use him as a stool-pigeon for a planned Coup d’Etat. A hectic race across the roof tops, high above the great square, brings Mercer to grips against his unknown enemy. END_OF_DOCUMENT_TOKEN_TO_BE_REPLACED

Synopsis:
Based on the true story of a young Scottish lad, Peter Marshall, who dreams of only going to sea but finds out there is a different future for him when he receives a “calling” from God to be a minister. He leaves Scotland and goes to America where after a few small congregations he lands the position of pastor of the Church of the Presidents in Washington, D.C. and eventually he becomes Chaplain of the U.S. Senate. END_OF_DOCUMENT_TOKEN_TO_BE_REPLACED

A 1950 British crime film directed and produced by Alfred Hitchcock starring Jane Wyman, Marlene Dietrich, Michael Wilding and Richard Todd. Others in the cast include Alastair Sim, Sybil Thorndike, Kay Walsh, Hitchcock’s daughter Patricia Hitchcock in her movie debut and Joyce Grenfell in a humorous vignette.
The story was adapted for the screen by Whitfield Cook, Ranald MacDougall and Alma Reville (the director’s wife), with additional dialogue by James Bridie, based on the novel Man Running by Selwyn Jepson. END_OF_DOCUMENT_TOKEN_TO_BE_REPLACED

The story of the conception of a new British weapon for smashing the German dams in the Ruhr industrial complex and the execution of the raid by 617 Squadron ‘The Dam Busters’. END_OF_DOCUMENT_TOKEN_TO_BE_REPLACED 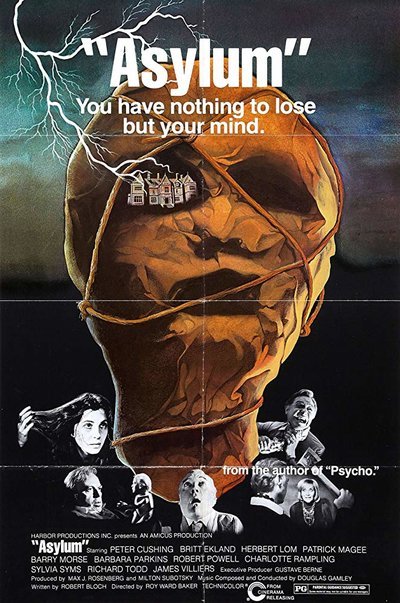 Synopsis:
A young psychiatrist interviews four inmates in a mental asylum to satisfy a requirement for employment. He hears stories about 1) the revenge of a murdered wife, 2) a tailor who makes a suit with some highly unusual qualities, 3) a woman who questions her sanity when it appears that her brother is conspiring against her, and 4) a man who builds tiny toy robots with lifelike human heads. END_OF_DOCUMENT_TOKEN_TO_BE_REPLACED

Quote:
Four teenage teddy boys are tried in the Old Bailey, charged with the “murder in the course of theft” of a garage night watchman, a conviction for which carries an automatic death penalty. Although initial evidence from the prosecuting counsel seems damning of the youthful gang, their unorthodox defence lawyer’s skilful arguments soon throw the jury into confusion and disarray. END_OF_DOCUMENT_TOKEN_TO_BE_REPLACED Why has total stranger Richard Todd shown up at the villa of wealthy Anne Baxter? Why does he claim to be her long-lost brother? Is Todd planning to finagle Baxter out of her inheritance? Is someone going to end up seriously dead? The answers to these questions can be found in Chase a Crooked Shadow, a confounding chiller with more than a few adroit plot twists. Before the film has run its course, we learn that the true villain is not necessarily whom it appears to be–nor is the heroine all that she seems. END_OF_DOCUMENT_TOKEN_TO_BE_REPLACED