Grab a box of hankies and curl up for a night of jerked tears and warm fuzzies with Enchanted Cottage, the romantic and melodramatic tale of a horribly disfigured WW II vet who finds love and renewal at the terribly plain, wallflowery hands of a young spinster. Knowing that society is incapable of appreciating the mutually regarded beauty within each of the lovers, they retire to the romantic seclusion of a lonely cottage in New England. The plot is taken from a romantic play by Arthur Pineroi and was filmed before in the mid ’20s. END_OF_DOCUMENT_TOKEN_TO_BE_REPLACED

A model marries a struggling engineer; but he won’t let her keep her job, and they can’t pay the bills, while she is wooed by a wealthy drinker.
Michael Martin (Gene Raymond) tells Paul Dodson (Ned Sparks) he knows of a better job, and they get fired. Michael asks modeling Carolyn (Barbara Stanwyck) to marry, but she wants to keep her job. After work they go dancing. Michael now earns $35 a week; but Carolyn makes $50. They get married during his lunch hour. Carolyn cries and quarrels with Michael. He hits an officer and is put in jail. In court the drunk Hugh McKenzie (Robert Young) is fined and meets Carolyn. She pleads for Michael, and he gets 30 days or $50. Hugh loans them the money. Michael’s electricity is off. Hugh is paid and reluctantly leaves. END_OF_DOCUMENT_TOKEN_TO_BE_REPLACED

A law student poses as a fight promoter to catch a notorious gangster. END_OF_DOCUMENT_TOKEN_TO_BE_REPLACED

Directed by Tod Browning (Dracula (1931) & Freaks (1932)), this film features a host of character actors led by Robert Young as retired magician Mike Morgan, who now sells tricks to the other performers in his former trade (hence the film’s title). Frank Craven plays Young’s father, having just come to NYC to visit his son, and provides the film’s comic relief. Judy Barclay (Florence Rice) is being chased and comes to Morgan for help, whose assistance becomes the story, which plays out confusingly and frenetically during this picture’s 71 minutes. Henry Hull as Houdini-like Dave Duvallo and Lee Bowman (among others, some listed later) also appear in this Harry Ruskin, Marion Parsonnet, and James Edward Grant screenplay (based on Clayton Rawson’s novel). END_OF_DOCUMENT_TOKEN_TO_BE_REPLACED

Synopsis:
‘In World War I, Brodie, a successful novelist and soldier, is pronounced dead and given a new identity by the Secret Service. Sent on an espionage mission in Switzerland, he is teamed with a fake ‘wife’, Elsa and an assassin, the General.’
– BFI Screenonline END_OF_DOCUMENT_TOKEN_TO_BE_REPLACED

Quote:
Homicide Capt. Finlay finds evidence that one or more of a group of demobilized soldiers is involved in the death of Joseph Samuels. In flashbacks, we see the night’s events from different viewpoints as Sergeant Keeley investigates on his own, trying to clear his friend Mitchell, to whom circumstantial evidence points. Then the real, ugly motive for the killing begins to dawn on both Finlay and Keeley… END_OF_DOCUMENT_TOKEN_TO_BE_REPLACED 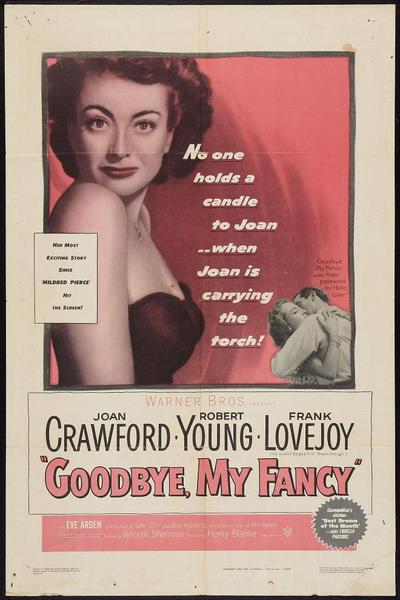 Plot: Congresswoman Agatha Reed returns to her alma mater for homecoming, although she’s more interested in renewing her romance with an old flame who’s now the college president. Their attempts at rekindling any sparks are thwarted by the arrival of another rival for her affections and the showing of her controversial film which could put her former beau’s job in jeopardy. Written by Daniel Bubbeo END_OF_DOCUMENT_TOKEN_TO_BE_REPLACED