Quote:
Three years after the end of the Apache wars, peacemaking chief Cochise dies. His elder son Taza shares his ideas, but brother Naiche yearns for war…and for Taza’s betrothed, Oona. Naiche loses no time in starting trouble which, thanks to a bigoted cavalry officer, ends with the proud Chiricahua Apaches on a reservation, where they are soon joined by the captured renegade Geronimo, who is all it takes to light the firecracker’s fuse… END_OF_DOCUMENT_TOKEN_TO_BE_REPLACED

American Cinematheque wrties:
James Stewart stars as a former border raider who narrowly escapes the hangman’s noose (he still smarts from the rope) and is trying to start over again in the wide-open Oregon country. Instead, he winds up involved with the wily and charming Arthur Kennedy in a wagon train that includes the eligible Laurie Baile (Julie Adams) and a load of supplies worth their weight in gold. One of director Anthony Mann’s finest films, combining action, character and landscape in a seamless and wildly satisfying package. END_OF_DOCUMENT_TOKEN_TO_BE_REPLACED

Quote:
Brendan O’Malley arrives at the Mexican home of old flame Belle Breckenridge to find her married to a drunkard getting ready for a cattle drive to Texas. Hot on O’Malley’s heels is lawman Dana Stribling who has a personal reason for getting him back into his jurisdiction. Both men join Breckenridge and his wife on the drive. As they near Texas tensions mount, not least because Stribling is starting to court Belle and O’Malley is increasingly drawn by her daughter Missy. END_OF_DOCUMENT_TOKEN_TO_BE_REPLACED

Battle Hymn was inspired by the true story of American minister Dean Hess, played here with rare sensitivity by Rock Hudson. A bomber pilot during World War II, Hess inadvertently releases a bomb which destroys a German orphanage. Tortured by guilt, Hess relocates in Korea after the war to offer his services as a missionary. Combining the best elements of Christianity and Eastern spiritualism, Hess establishes a large home for orphans. The preacher’s efforts are threatened when the Korean “police action” breaks out in 1950. Battle Hymn was one of several collaborations between Rock Hudson and director Douglas Sirk–though Sirk felt that Robert Stack would have been better suited to the role of Rev. Hess. END_OF_DOCUMENT_TOKEN_TO_BE_REPLACED

Quote:
A wealthy young wastrel, Bob Merrick, cracks up his speedboat and almost dies, to be saved at the last minute by a resuscitator borrowed from the home of a famous surgeon who lives nearby. In the meantime the surgeon himself has suffered an attack, and, with his equipment out on loan, dies before he can be revived. The guilt-ridden Bob clumsily tries to make amends by romancing the surgeon’s young widow, Helen, but only causes further tragedy… END_OF_DOCUMENT_TOKEN_TO_BE_REPLACED 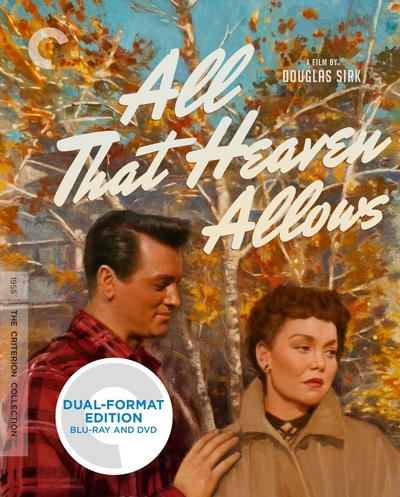 Quote:
Douglas Sirk once said: “This is the dialectic—there is a very short distance between high art and trash, and trash that contains an element of craziness is by this very quality nearer to art.” When All That Heaven Allows was released by Universal Pictures in 1955, it was just another critically unnoticed Hollywood genre product, designed to appeal to the trashy “women’s weepie” audience. Now, in retrospect, it is considered to be closer to the art side of Sirk’s dialectic, and one of his key films. But this is part of a wider process of critical reevaluation in which his entire body of work has been rediscovered and reappraised by successive generations of filmmakers and historians. END_OF_DOCUMENT_TOKEN_TO_BE_REPLACED