Quote:
Claude Sautet’s romantic drama Cesar et Rosalie (Cesar and Rosalie) stars Romy Schneider as Rosalie, a beautiful young woman involved with successful businessman Cesar (Yves Montand). One day, Rosalie’s former flame David (Sami Frey) appears and attempts to win her back. Cesar reacts with a jealous intensity never before seen by Rosalie, and because of that, she returns to David. She remains conflicted regarding her choice of partner, but eventually, one of the men does something which resolves the situation. Cesar et Rosalie contains one of the first screen appearances of French actress Isabelle Huppert. END_OF_DOCUMENT_TOKEN_TO_BE_REPLACED

Quote:
Andrzej Zulawski’s L’important c’est d’aimer is a film of dishevelled lyricism, bursting with noise and anger; an insane storm-tainted flamboyant opera; a visual symphony with apocalyptic emphasis featuring sleaze-bags, clowns, drop-outs, wimps, bastards, and “puppet shows depicting lives of complete scoundrels and ruined careers.” Where some people will see nothing but a graphic canvas of pain, horror and a bloody parade of violence, others who analyze the darkness will see a call for compassion. This is the story of a fragile woman, Nadine Chevalier, who supports her failure-obsessed companion to the bitter end, and who meets a photographer weighed down by remorse. END_OF_DOCUMENT_TOKEN_TO_BE_REPLACED

Synopsis:
‘The son of a French industrialist, Clément is a right wing extremist who belongs to a secret militant right wing organization that uses whatever means necessary, including violence, to achieve its goals. His wife Anne, a former German actress who gave up her career to be the doting wife, knows somewhat of his extremist views, and suspects he would indeed kill if need be as witnessed by what she finds hidden in their house. He often treats her poorly, especially out in public as she maintains the façade of her former celebrity, which he believes is her acting like a whore. Regardless, she is compelled to stay in the marriage. After he and a right wing colleague assassinate a Communist figure, that assassination which goes slightly awry, Clément and Anne hide out in the country home of Clément’s childhood friend, Paul, who knows nothing about Cléments extremist views. Paul is a democrat and pacifist. Clément is forced to leave to pursue a mission, leaving Anne behind.’
– Huggo END_OF_DOCUMENT_TOKEN_TO_BE_REPLACED 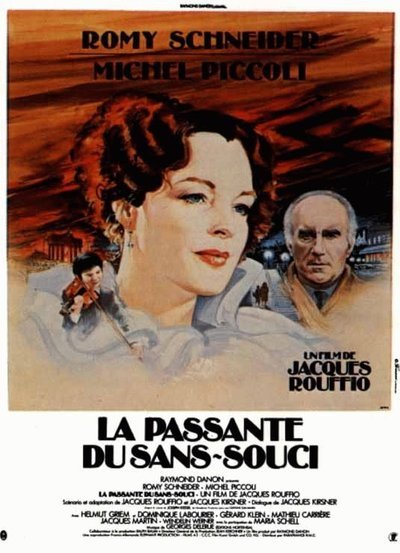 Max Baumstein is a reputable businessman, a rich self-made man with a conscience – he founded a highly visible and active international organization fighting against violations of human rights. Why would he commit an act that apparently negates the principles he has striven for so long to uphold? Eventually, he reveals a secret about himself that he kept hidden from his younger wife Lina, and that in a roundabout way concerns her as well. It is the conclusion of a struggle that started many decades earlier, when Elsa Wiener, a German singer exiled in Paris, without money or relations, a refugee among many others, faced two daunting problems: surviving in a foreign city, and saving her husband Michel from the clutches of the Nazis. END_OF_DOCUMENT_TOKEN_TO_BE_REPLACED

Claude Sautet makes movies the way people live – he traces the connections between the mistakes, and celebrates the occasional victories. His movies aren’t tightly plotted, and we never have the feeling that his characters are doing something because the screenplay says they must. Sautet’s people take their chances like the rest of us. END_OF_DOCUMENT_TOKEN_TO_BE_REPLACED 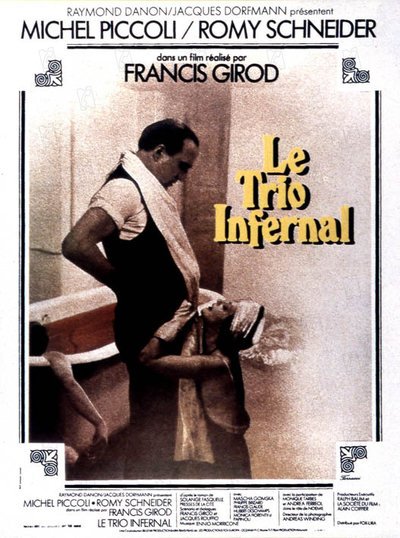 Marseilles, 1919. Georges Sarret is a distinguished and respected lawyer, recently honoured for his services in the First World War. He takes as his lover Philomène Schmidt, a young German woman, who has just lost her job and home. To enable Philomène to remain in France, Georges finds her a husband – who dies conveniently of natural causes a month after the wedding. Georges repeats the trick with Philomène’s sister, Catherine – marrying her off to an old man who dies suddenly so that the scheming trio can profit from his life insurance. When an accomplice in the scheme, Marcel Chambon, threatens to blackmail them, Georges and his two lovers have no option but to kill him and his mistress… END_OF_DOCUMENT_TOKEN_TO_BE_REPLACED

Eddie Chapman (Christopher Plummer) is a smooth operator, blowing up safes under the noise of a back firing car outside of the buildings and leaving a calling card before absconding with the pick of the jewels he steals. But whilst in Jersey he is caught and locked up for his crimes on the island which is where he spots the invasion of German soldiers as they marched on to the island. Spotting an opportunity he convinces those in command to let him work as a spy for Germany at which point his execution is faked and he spends time in France being trained by the Germans before being sent to London. But he hands himself in and becomes a double spy working for the British as long as he is pardoned, compensated and receives a wartime commendation for his work. END_OF_DOCUMENT_TOKEN_TO_BE_REPLACED