Two strangers share a sweepstakes ticket and then embark on an “imaginary” honeymoon with their “winnings”. END_OF_DOCUMENT_TOKEN_TO_BE_REPLACED

An unjustly neglected, extremely funny jab at the media empire and the world of big business. Beauregard Bottomley (Ronald Colman) is an unemployed genius who holds a Ph.D., skims the encyclopedia for enjoyment and never forgets a thing he’s read. He applies for work at a soap company owned by Burbridge Waters (Vincent Price) but is rebuffed by the suds magnate. Beauregard is so annoyed by the treatment he receives at Waters’s hands that he decides to bankrupt the company by becoming a contestant on the popular radio quiz show. END_OF_DOCUMENT_TOKEN_TO_BE_REPLACED

Synopsis:
A distinguished English gentleman has a secret life–he is the notorious jewel thief the press has dubbed “The Amateur Cracksman”. When he meets a woman and falls in love he decides to “retire” from that life, but an old friend comes to him with a predicament that entails him committing one last job. END_OF_DOCUMENT_TOKEN_TO_BE_REPLACED

IMDb user comments
Both this original and the Wellman remake are marvellous Golden Age films – it’s difficult to compare silents with talkies, or either to the book. In the book you use your imagination, this 1926 original had a cast of thousands, ’39 was a populist version with identical screenplay, full orchestra and name changes, ’66 only had 2 brothers and muzak, whilst if made today would probably have nothing real in it at all. END_OF_DOCUMENT_TOKEN_TO_BE_REPLACED 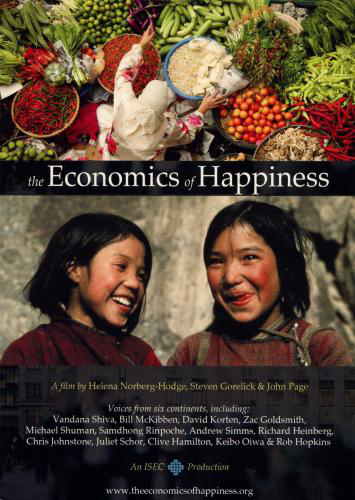 Quote:
‘The Economics of Happiness’ features a chorus of voices from six continents calling for systemic economic change. The documentary describes a world moving simultaneously in two opposing directions. On the one hand, government and big business continue to promote globalization and the consolidation of corporate power. At the same time, all around the world people are resisting those policies, demanding a re-regulation of trade and finance – and, far from the old institutions of power, they’re starting to forge a very different future. Communities are coming together to re-build more human scale, ecological economies based on a new paradigm – an economics of localization.
END_OF_DOCUMENT_TOKEN_TO_BE_REPLACED