Quote:
The film can be best described as Käutner goes Antonioni with Fellini’s cinematographer on the camera. The critics slaughtered the film as they did with many films of the era which only get rediscovered today and it didn’t help that the author attacked during a press conference the film which he had himself written following his own novel unwisely too closely while Käutner fought against that. Don’t let that disturb you, it’s quite a remarkable film and a great showcase for the cool understated beauty of Ruth Leuwerik who was correctly labeled the German Deborah Kerr. END_OF_DOCUMENT_TOKEN_TO_BE_REPLACED

Under the direction of Alberto Lattuada, the film traces with economy and clarity the development of the dream to sail west in order to establish a new route to the riches of the East. END_OF_DOCUMENT_TOKEN_TO_BE_REPLACED 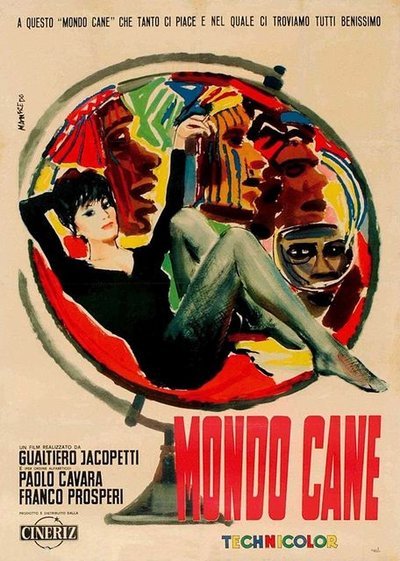 Synopsis:
A documentary that shocked many viewers at the time of its release, this film presents scenes from across the globe that feature strange rituals. Animal slaughter and bizarre religious ceremonies are among the many events in the movie, which also exhibits cuisine that is highly unconventional to the Western palate. The collage-like production covers a lot of ground, both literally and figuratively, in depicting unusual cultural practices from around the world. END_OF_DOCUMENT_TOKEN_TO_BE_REPLACED

Synopsis:
The story of a young woman, Helen Banning, who travels to Munich in search of life experience and romance. While working for America House, she meets a famous symphony conductor, Tonio Fischer, and begins a relationship with him. She soon finds out there is much more to this man than his music, including a wife Reni Fisher, but there’s definitely more to the story, which she soon discovers. While dealing with the experiences life has thrown in her way, she is also being courted by Morley Dwyer a doctor from back home, who is currently practicing medicine in a Munich hospital. Who will she choose? END_OF_DOCUMENT_TOKEN_TO_BE_REPLACED

The time is the Russian Revolution. The place is a country burdened with fear – the midnight knock at the door, the bread hidden against famine, the haunted eyes of the fleeing, the grublike fat of the appeasers and oppressors. In a bitter struggle of the individual against the collective, three people stand forth with the mark of the unconquered in their bearing: Kira, who wants to be a builder, and the two men who love her – Leo, an aristocrat, and Andrei, a Communist. In their tensely dramatic story, Ayn Rand shows what the theories of Communism mean in practice. We the Living is not a story of politics but of the men and women who have to struggle for existence behind the Red banners and slogans. END_OF_DOCUMENT_TOKEN_TO_BE_REPLACED

The Bobo is a 1967 film starring Peter Sellers and co-starring his then-wife Britt Ekland. Based on a play, Sellers is featured as the would-be Spanish singing matador, Juan Bautista.

A theater manager offers to give him a big break if he seduces the beautiful Olympia (Ekland) and spends an hour in her apartment with the lights off. The plot centers around Juan’s attempts to woo the woman and famously includes Sellers covered in blue dye as the “Blue Matador.” END_OF_DOCUMENT_TOKEN_TO_BE_REPLACED