Quote:
When I heard that Aki Kaurismaki was making a silent black-and-white feature, I expected something arch and postmodernist. Yet in spite of a few flashes of mordant humor, some wonderfully spare sound effects, and a few minimalist lighting schemes that suggest 50s Hollywood, this 1999 film is a moving pastiche whose strength is its sincerity and authenticity. A fallen-woman story set in the present, featuring a farm couple and an evil playboy from the city who lures the wife away, it conveys the sort of purity and innocence associated with silent cinema storytelling, including a love of nature and animals, a taste for stark melodrama, and an emotional directness in the acting–evocative at various times of Griffith in the teens and Murnau in the 20s. END_OF_DOCUMENT_TOKEN_TO_BE_REPLACED 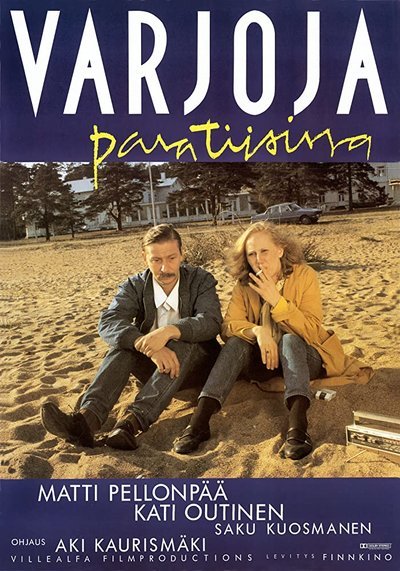 Quote:
In Goran Dukic’s Wristcutters: A Love Story, limbo is imagined as a place where no one ever smiles, where furnishings and cars all seem second-hand, where the colours are all drab and faded. “Everything’s the same here,” as one character puts it, “but it’s just a little worse.” END_OF_DOCUMENT_TOKEN_TO_BE_REPLACED