Quote:
A troubled family must face the facts when something goes terribly wrong at their son’s desolate military post. END_OF_DOCUMENT_TOKEN_TO_BE_REPLACED

Two strangers unexpectedly meet at an airport. He mistakenly assumes her to be his assigned driver.
She, enchanted by the random encounter, does not hurry to prove him wrong. END_OF_DOCUMENT_TOKEN_TO_BE_REPLACED 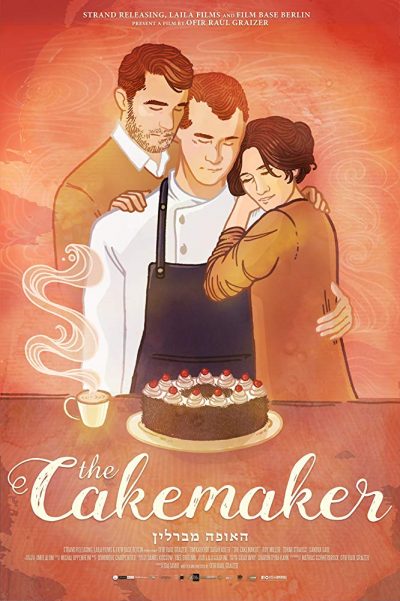 Quote:
Thomas, a young and talented German baker, is having an affair with Oren, an Israeli married man who dies in a car crash. Thomas travels to Jerusalem seeking answers. Keeping his secret for himself, he starts working for Anat, his lover’s widow, who owns a small café. Although not fully kosher and despised by the religious, his delicious cakes turn the place into a city attraction. Finding himself involved in Anat’s life in a way far beyond his anticipation, Thomas will stretch his lie to a point of no return. END_OF_DOCUMENT_TOKEN_TO_BE_REPLACED

Quote:
Jean-Luc Godard, pioneer of the New Wave, has always delighted in breaking rules. Even with almost 90 features to his name, the long an established master still shows the same glee thumping his nose at convention as he did over thirty years ago, when he burst on the scene with “Breathless.”
His latest film, “Notre Musique,” is a unqiue blend of almost abstract cinema, fiction, and documentary. It opens with a montage entitled “Hell,” which shows real and fictional footage of carnage: soldiers, atrocities, war. As brief as it is, the relentless and strangely beautiful barrage of violence is enough to make anybody despair of the human race. END_OF_DOCUMENT_TOKEN_TO_BE_REPLACED