A man loses his passport on the way back to France after a trip to Algeria. END_OF_DOCUMENT_TOKEN_TO_BE_REPLACED

Quote:
Recordings of extracts from the Aimé Césaire play : in a long, pain-racked poem declaimed before his mother, the rebel cries his revolt against the enslavement of his people. END_OF_DOCUMENT_TOKEN_TO_BE_REPLACED

Quote:
“Monangambeee” was a rallying cry used by activists during Angola’s anti-colonial liberation struggle to gather villages together. The film of the same title addresses Portuguese arrogance towards Angolan culture. Sarah Maldoror draws on a novella by José Luandino Vieira, the story of a political prisoner, to make a film about humiliation, solidarity and resistance. END_OF_DOCUMENT_TOKEN_TO_BE_REPLACED

Sambizanga opens in a coastal village where the men are employed on a construction gang. We follow Domingos, a big, handsom tractor driver, as he as a friendly conversation with Sylvester, a Portuguese engineer. The opening credits appear and we hear the song Monanagambée on the sountrack. Domingos returns home (kicking a soccer ball around with some neighborhood kids en route), where his wife, Maria, awaits him with their infant son. They have a peaceful dinner together. Domingos visits a friend, and brings along a secret revolutionary flyer. We then see Domingos and Maria in bed together with their baby; they take turns holding the boy, trying to calm him into sleep. END_OF_DOCUMENT_TOKEN_TO_BE_REPLACED 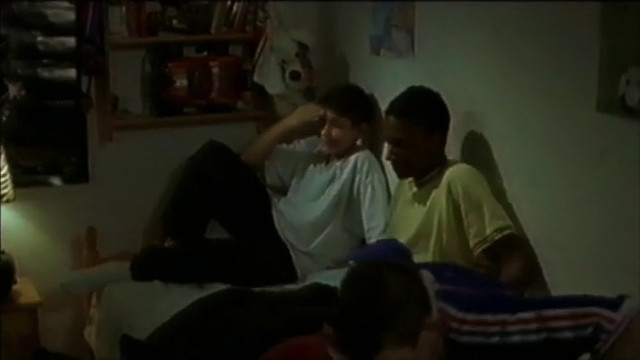 Quote:
A group of young people from the St. Denis banlieu, from different ethnic and geographic backgrounds, participate in a school contest to tell their neighborhood, whose prize is a trip to Milan. With the collaboration of the historical jazz musician Archie Shepp, they create a poetic hymn to the racialized and invisible France that rises above marginalization. The film, also produced by another filmmaker, Agnès Varda, is a collaboration on its own bill between the filmmaker and teenagers. END_OF_DOCUMENT_TOKEN_TO_BE_REPLACED 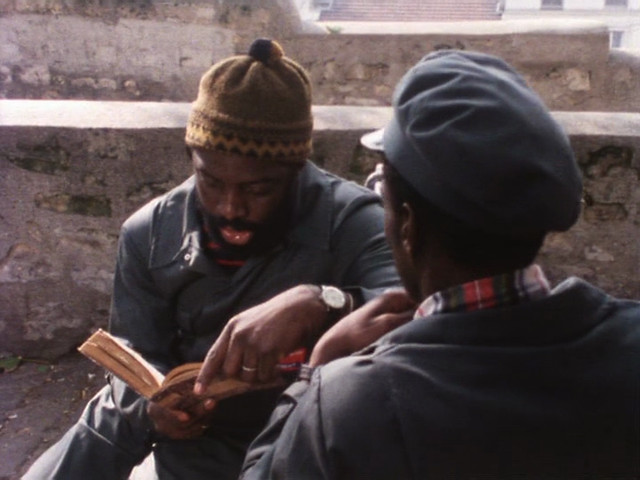 In the 70’s, Bokolo and Mamadou sweepers in the city of Paris, looking for a way to pay for the return home of one of their sick comrades. When they discover an old book of recipes in the trash, the idea came to participate in a televised game of decline precisely the ingredients of the best dishes of French cuisine. They memorize the recipes sauces, puddings and desserts. END_OF_DOCUMENT_TOKEN_TO_BE_REPLACED 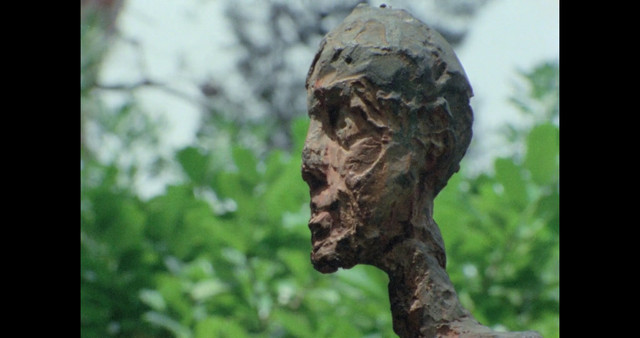 Quote:
Brief piece for the television series Aujourd’hui en France (Today in France). The review of an exhibition by Miró at the Maeght Foundation offers the opportunity to approach the surrealist artist from the central themes of the filmmaker. The theater, the interrelation between the arts and the transformation of the children’s experience through art. The set turns out to be a work of Joan Miró translated into real life. First screening after her television showing in 1980 END_OF_DOCUMENT_TOKEN_TO_BE_REPLACED