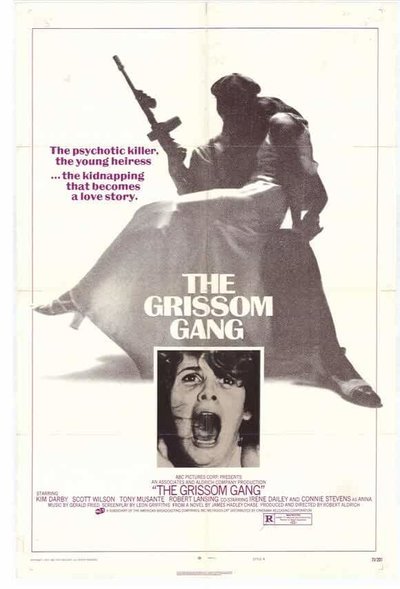 Synopsis:
Barbara Blandish, a young Kansas City heiress, gets kidnapped by some inept local hoodlums for the diamond necklace she is wearing, and then gets kidnapped a second time by the Grisson gang demanding a million dollar ransom. THe Grissons, a family of depraved, ruthless poor white trash, is led by Ma Grissom, a fury whose mustache and house dress clash, whose belief it is that kidnapping plots go awry because the victim is allowed to live. But plans go haywire when her son Slim, a psychopathic, knife-wielder, falls in love with Barbara. Her billionaire father hires Dave Fenner, a cynical private detective, to find her. END_OF_DOCUMENT_TOKEN_TO_BE_REPLACED

Toronto International Film Festival writes:
Exorcist author William Peter Blatty intended for his adaptation of his own novel Twinkle, Twinkle, “Killer” Kane to be directed by William Friedkin; when studios rejected the script, Blatty put up half the budget himself, convinced the Pepsi-Cola conglomerate to provide the balance, and stepped behind the camera to make his directorial debut. Set near the end of the Vietnam War, The Ninth Configuration takes place in a spectacular castle that has been commandeered as a mental hospital for military veterans. END_OF_DOCUMENT_TOKEN_TO_BE_REPLACED

Synopsis:
In meeting in Kansas, ex-cons Perry Smith and Dick Hickock are breaking several conditions of their respective paroles. The meeting, initiated by Dick, is to plan and eventually carry out a robbery based on information he had received from a fellow inmate about $10,000 cash being locked in a hidden safe in the home of the farming Clutter family of Holcomb, Kansas. After the robbery, they plan on going to Mexico permanently to elude capture by the police. Each brings a necessary personality to the partnership to carry out the plan, Dick who is the brash manipulator, Perry the outwardly more sensitive but unrealistic dreamer with a violent streak under the surface. END_OF_DOCUMENT_TOKEN_TO_BE_REPLACED