An interesting drama by Yugoslav director Jovan Zivanovic about a young woman with internal conflicts, Minja (Spela Rozin) leaves her provincial town suffering from some sort of trauma caused by an older man, her drawing class teacher. As she is on her way to studying in at the big university she runs into a journalist and though she is angry, embittered, and temporarily without grounding, she has a one-night-stand. Her morals take a downward turn after arriving in the city and for awhile, it looks as though there is little hope of her recovering from her past wounds. END_OF_DOCUMENT_TOKEN_TO_BE_REPLACED

Quote:
Deni, a young woman working in McDonalds, has dreams of fame. When a producer discovers her singing talent he gets her into the game. However, she soon feels overburdened. Fortunately, the ghost of Elvis is there to help her. END_OF_DOCUMENT_TOKEN_TO_BE_REPLACED

Srdjan Dragojevic – Mi nismo andjeli AKA We Are Not Angels (1992)

Quote:
The Angel and the devil fight for the soul of a Belgrade playboy who made a young girl pregnant.

Quote:
This is one of the cult Serbian movies. Despite some people having emotional outbursts of hatred towards everything about this movie,it’s a great movie. Srdjan Todorovic,as a drummer for Ekatarina Velika (the best Serbian rock band of all time),and an actor in many movies and TV shows has shown that he is extremely talented,contrary to some statements. Uros Djuric has actually done pretty well,considered that he’s a painter,not an actor,so a mix of talents did pretty well. Nikola Kojo,one of the best Serbian actors,was simply brilliant in this movie.His non-emotion standing in this movie gave it the flavour it needed to rise as one of the best Serbian movies ever. A great movie,and a cool comedy! As I said,a cult movie of a generation! END_OF_DOCUMENT_TOKEN_TO_BE_REPLACED

Quote:
Radmilo lawyer who spent years in love with Ljiljana. Although the most eligible bachelor in Palanka, his small town. He refused all offers of marriage, and wants to marry Ljiljana, who plans to marry Momchila. END_OF_DOCUMENT_TOKEN_TO_BE_REPLACED

Synopsis:
A drama with underlying humor about the shame and despair that 30 year old boy feels on his way to losing virginity. END_OF_DOCUMENT_TOKEN_TO_BE_REPLACED

Review by James Berardinelli:
“If you turn on the evening news these days, one of the first images you’re likely to see will originate from the devastated former Yugoslavia, where centuries-old hatreds have boiled over to ignite a scenario of unspeakable horror. Yet the sights of Bosnia, presented by TV as gruesomely tantalizing tidbits of violence and death, rarely provoke a reaction from the casual viewer. That’s how it has always been with television news programs, however — their coverage of any event, designed for those with limited attention spans, is superficial in the extreme. It’s nearly impossible to generate any strong feeling for a situation, no matter how cruel or inhumane it is, when all you get is a quick series of MTV-like clips. END_OF_DOCUMENT_TOKEN_TO_BE_REPLACED 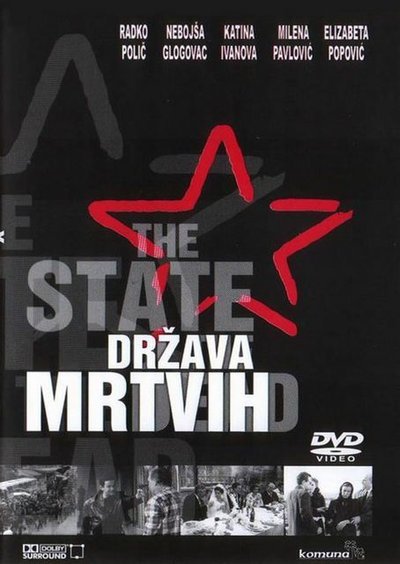 Quote:
When the war in Yugoslavia breaks out, an army officer who’s ethnic Slovenian yet still believes in Yugoslavia, decides to move to Belgrade. The country continues to fall apart and so does his family failing to find acceptance there. END_OF_DOCUMENT_TOKEN_TO_BE_REPLACED