Exploring the art of Armenian portraitist Hakob Hovnatanyan, Parajanov revives the culture of Tbilisi of the 19th century. END_OF_DOCUMENT_TOKEN_TO_BE_REPLACED

Quote:
The feature length version of Andriesh (Kyiv Film Studio 1955) is a straight forward example of the Soviet fairytale film genre. In the film, the young shepherd Andriesh is charged with guarding the village’s flock of sheep. There Andriesh meets Voinovan, a bogatyr (hero) who gives the young boy his magic wooden flute. Black Storm, a wicked sorcerer who despises the flute’s joyous music, descends upon the village in human form, hypnotizes and kidnaps Voinovan’s beloved Liana, sets the village aflame, and steals its flock. Andriesh undertakes a journey to confront Black Storm and meets various individuals who help him, while Voinovan amasses an army of Haiduks (mercenary soldiers) with sun tempered maces to battle the sorcerer. END_OF_DOCUMENT_TOKEN_TO_BE_REPLACED

Orksana, talented student at the Ukrainian Academy likes Antonin whom she met in her youth. Here the love is less tumultuous in retrospect to “Pervyy Paren” (USSR, 1958) of the same Paradjanov, even if a certain formal expression of it remain. In this third feature of the Armenian filmmaker; the Second World war, one of the rare History adaptations of Paradjanov, come to disturb the peaceful flow. “Ukrainskaya Rapsodiya” thus enter in a powerful melody, the railroads, industrial symbols of the river, cross in several plans, as if to illustrate the opulence of the livings. END_OF_DOCUMENT_TOKEN_TO_BE_REPLACED

Quote:
The overtly propagandistic, anti-religious plot of The Flower on the Stone (Tsvetok na kamne, Dovzhenko Film Studio 1960–1962) does not look like promising Parajanov material: when a new Komsomol mine and mining community is established in the Donbas region, a member of a Pentecostal cult sends his daughter Christina to recruit new believers. Arsen Zagorny, an upstanding Komsomol member and a talented violinist, falls in love with Christina and crosses paths with Zabroda, the leader of the local cell of the cult. Additional problems crop up in the form of Grigori Griva a local boy prone to hooliganism and drink and his buddy Chmykh, a dissolute accordion player. Grigori learns to mend his ways thanks to the guidance of Pavel Fedorovich Varchenko, the wise and patient director of the mine, and Liuda, the Komsomol organizer with whom he falls in love. The film’s title refers to fossilized plants visible on pieces of coal. END_OF_DOCUMENT_TOKEN_TO_BE_REPLACED Quote:
Shadows of Forgotten Ancestors has often been described as a Carpathian Romeo and Juliet – that is, if Romeo had the tenacity to live after his beloved’s death. Sergei Paradjanov prefaces the tragic tale set in the Carpathian mountains as the land “forgotten by God and men”, and from the austerity of the environment, it is evident that survival comes at a high price. In essence, the story is incidental to the observations of daily peasant life: the Orthodox order of mass, the rites of spring, the rhythm of the sickle cutting the fields. A young man, Ivan (Ivan Nikolaichuk), falls in love with Marichka (Larisa Kadochnikova), the daughter of the man who killed his father. As his mother’s only surviving child, he leaves the village to work as a hired laborer to provide for her. However, before he can return to Marichka, she falls to her death in an attempt to rescue an errant lamb. The story then follows Ivan through his descent into despair, marriage to the sensual Palagna (Tatyana Bestayeva), and Palagna’s inevitable betrayal. END_OF_DOCUMENT_TOKEN_TO_BE_REPLACED Description: A 40 minute documentary discussing the friendship of Tarkovsky and Parajanov and their contrasting filmmaking styles and personalities, including interviews with friends and associates. END_OF_DOCUMENT_TOKEN_TO_BE_REPLACED 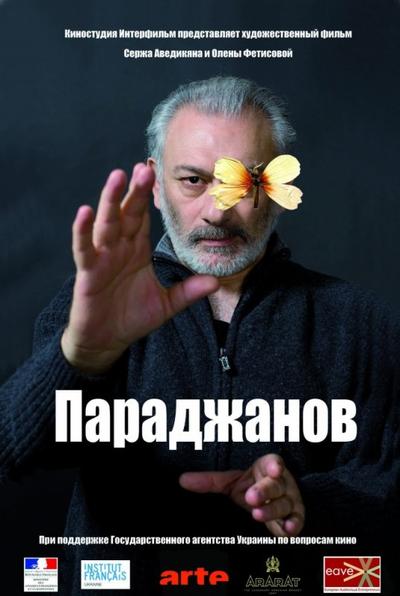 Sergei Paradjanov can, without exaggeration, be called one of the most distinctive filmmakers of the 20th century. Indeed, Federico Fellini, Michelangelo Antonioni and Andrei Tarkovsky were among the many admirers of his fascinating powers of visualization. This biopic, evincing an original take on the genre, relates some of the key moments in the life and work of this director of genius, a native Armenian who was persecuted by the Soviet authorities. We watch Paradjanov as he makes his ground-breaking films Shadows of Forgotten Ancestors and The Colour of Pomegranates, and also during his imprisonment by the communist regime. The filmmakers present Paradjanov as a gifted artist overflowing with ideas, but also as a complicated personality. In creating the film’s artistic vision, the directing duo relies heavily on Paradjanov’s own, unmistakable trademark style, vividly showing the audience his distinctive way of seeing the world. END_OF_DOCUMENT_TOKEN_TO_BE_REPLACED