51-year-old Herbert Strehlow, a furniture restorer, falls in love with 21-year-old Lea, who has not spoken a word since childhood when her father killed her mother. She bears a striking resemblance to Herbert’s dead wife. They get married, but their relationship seems doomed, until gradually each one manages to penetrate the mysterious world of the other, and they begin to realize that they are bound by a kind of spiritual relationship. For Lea it is the death of her mother, for Herbert it is the death of his first wife. His hard exterior slowly beings to thaw, and he starts to show feelings and responses that soften Lea’s initial hatred and fear of him, and which put their relationship in a more positive light. END_OF_DOCUMENT_TOKEN_TO_BE_REPLACED

A rare film by Juraj Jakubisko about the power of music. END_OF_DOCUMENT_TOKEN_TO_BE_REPLACED

A 1985 adaptation of the Brothers Grimm’s Mother Hulda short story directed by Slovak director Juraj Jakubisko. A fairy tale about a grandma who cares for snow and a boy who isn’t afraid of death. END_OF_DOCUMENT_TOKEN_TO_BE_REPLACED

Synopsis
A psychological study of a woman who chooses solitude as an escape from the duplicity and emotional barrenness of the men around her. END_OF_DOCUMENT_TOKEN_TO_BE_REPLACED 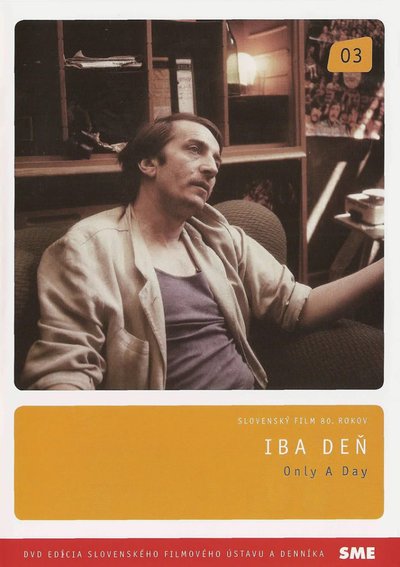 A joint work of three debuting directors. It is a film about former rock musicians, members of a banned rock band. The friends were forced to replace their ideals by settled family lives and ordinary jobs. When their former lead singer has to go to hospital for therapy, they get an unexpected opportunity to play together again and recall the old times. The day when all needs to be arranged for the performance is full of small lies, compromises, and morally doubtful decisions. END_OF_DOCUMENT_TOKEN_TO_BE_REPLACED

Synopsis:
Oldrich “Fajolo” Fajták (Marián Bielik), a student who directs quasi-existentialist verbal abuse at his girlfriend Bela Blazejová (Jana Beláková), takes off to a formally volunteer summer work camp at a farm where he meets her grandfather. END_OF_DOCUMENT_TOKEN_TO_BE_REPLACED

Jakubisko’s comedy about infidelity inside the community of lumberjacks in three chapters. First, Group of men gets to know that there comes a group of female brigadiers to a near village and tries to seduce them, which won’t come out as precisely as they wanted. In the next chapter, one girl got pregnant and lumberjacks tries to solve this by a wedding to a man called Domino. In the final phase, they’re struggling for the succesful wedding and are affraid of possible punishment from their wives. END_OF_DOCUMENT_TOKEN_TO_BE_REPLACED