FilmLinc wrote:
The late Belgian filmmaker Chantal Akerman brings us an intellectual comedy about a mother and daughter who find themselves living together for the first time in decades. Charlotte, a freelance writer, invites her recently widowed mother, Catherine, to live in her apartment, and the ensuing clutter becomes a source of irritation and strife. When Catherine decides to revitalize her career as a piano teacher, the claustrophobia reaches new and absurd levels. Charlotte continues to pursue her desperate quest for peace as Tomorrow We Move develops into a slyly Jewish tale of rootlessness and familial burdens. END_OF_DOCUMENT_TOKEN_TO_BE_REPLACED

Quote:
In order to escape her isolation, wheelchair-bound Christine makes a life changing journey to Lourdes, the iconic site of pilgrimage in the Pyrenees Mountains. END_OF_DOCUMENT_TOKEN_TO_BE_REPLACED

A fiercely active Communard, Louise Michel is condemned for taking arms against Bismarck. Along with thousands of other revolutionaries, she is deported to New Caledonia, whilst, back in Paris, a young parliamentarian Georges Clemenceau campaigns for a truce with the Communards. During her exile, Louise Michel becomes a teacher and wins the admiration of the other deportees, inspiring them to rise up against the colonial order… END_OF_DOCUMENT_TOKEN_TO_BE_REPLACED 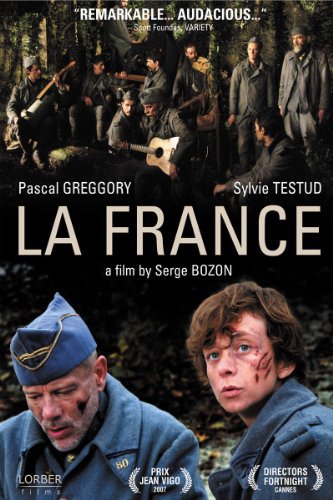 Quote:
Vive La France by Serge Bozon, a heady experiment full of soul that more than delivers on the allegorical chutzpah of its title. On receiving a troubling letter from her husband, a soldier in the First World War, Camille (Sylvie Testud) sets off to find him incognito, chopping her coif and wrapping her boobs to pass as a lad of 17. Deep in a forest landscape rendered with limpid concentration by cinematographer Céline Bozon, she falls in with a clutch of soldiers mobilized to the front. Or so it seems: Strange things are afoot in La France—like the spontaneous performance of twee, jangling ballads, rendered on scrap-yard acoustic instruments and sung, from an unabashed female perspective, by the harmonizing grunts. Weirder than the arrival of these inexplicable neo-retro-folk jams is how seamlessly they fit into Bozon’s melancholic war fable. Which is to say La France invents a curious and confident hybrid mode to accommodate, even reconcile, disparate modes and strategies: war film and musical, elegiac and avant-garde, cerebral and poignant, rigorous and flexible. END_OF_DOCUMENT_TOKEN_TO_BE_REPLACED 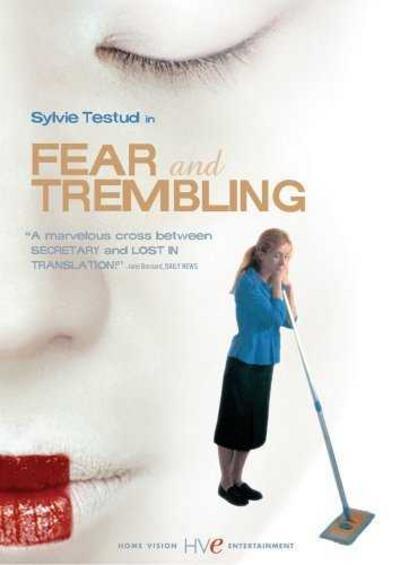 Synopsis:
A Belgian woman looks back on her year at a Japanese corporation in Tokyo in 1990. She is Amélie, born in Japan, living there until age 5. After college graduation, she returns with a one-year contract as an interpreter. The vice president and section leader, both men, are boors, but her immediate supervisor, Ms. Mori, is beautiful and trustworthy. Amélie’s downfall begins when she speaks perfect Japanese to clients. She compounds her failure by writing an excellent report for an enterprising colleague. The person she least expects to stab her in the back exposes her work. Thus begins her humiliations. What can become of her and of her relationship with Ms. Mori and with Japan? END_OF_DOCUMENT_TOKEN_TO_BE_REPLACED