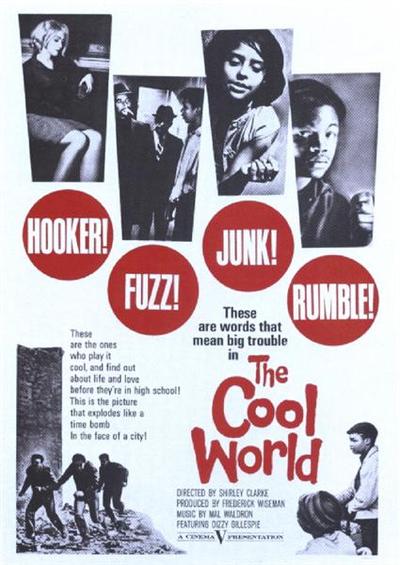 Quote:
“The Cool World”, a 1963 independent film directed by Shirley Clarke is probably the most shocking, interesting, and realistic film I have ever seen. The films follows the character of Duke played by Rony Clanton. This film shows how it really was to be an African American teen growing up in urban America (Harlem, N.Y.) in the 1960’s. The gun serves as a character in the film itself, for it demonstrates manhood for the character of Duke. END_OF_DOCUMENT_TOKEN_TO_BE_REPLACED