Celestin-Floridor is a singing teacher in a monastery and Denise is one of his best but worst students. They both dream about life, love and success in the world outside. END_OF_DOCUMENT_TOKEN_TO_BE_REPLACED 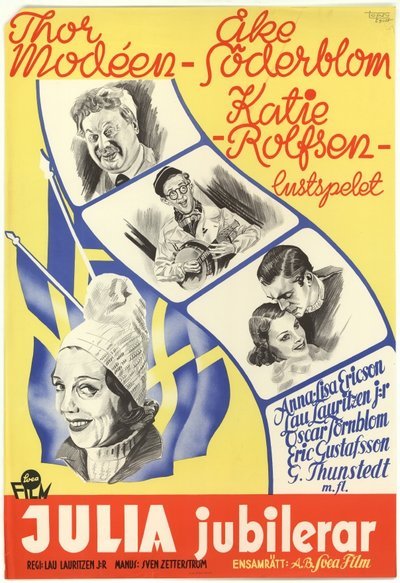 Julia, who is a cashier at a piano factory, goes on a skiing trip with some friends. Her boss discovers at the same time that there is money missing. But Julia doesn’t care… END_OF_DOCUMENT_TOKEN_TO_BE_REPLACED

Anders Henrikson – Annonsera! AKA It Pays to Advertise! (1936)

IMDB Summary: A comedy about the power of advertising Henry Miller is a young man who doesn’t have any goals for life. He lives on his father’s money and spends them on girls, fancy dinners and parties. One day when he goes to his father’s office, he meets a secretary, Mary and falls in love with her. She doesn’t want anything to do with him, as she wants a man who is ambitious and working for his living. Henry’s father, soap director Miller, overhears their conversation and makes a deal with Mary. If she can make Henry work, then director Miller will give her 10 000 SEK. END_OF_DOCUMENT_TOKEN_TO_BE_REPLACED