Synopsis:
Set in Hong Kong, 1962, Chow Mo-Wan is a newspaper editor who moves into a new building with his wife. At the same time, Su Li-zhen, a beautiful secretary and her executive husband also move in to the crowded building. With their spouses often away, Chow and Li-zhen spend most of their time together as friends. They have everything in common from noodle shops to martial arts. Soon, they are shocked to discover that their spouses are having an affair. Hurt and angry, they find comfort in their growing friendship even as they resolve not to be like their unfaithful mates. END_OF_DOCUMENT_TOKEN_TO_BE_REPLACED 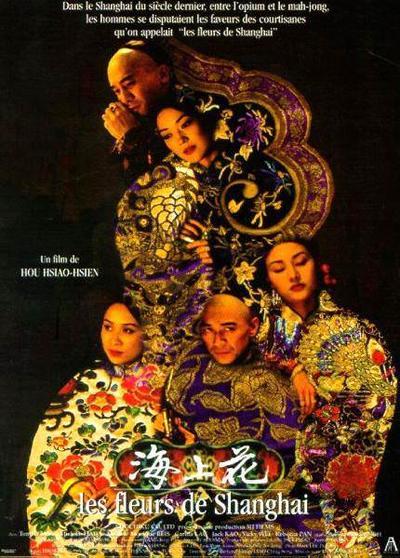 Quote:
Based on an 1894 novel by Han Ziyun, and starring Hong Kong film and recording star Tony Leung, Hou’s first film set outside of Taiwan takes place in the elegant brothels of late nineteenth-century Shanghai, a hermetic world with its own highly ritualized codes of behavior. It traces the destinies of the beautiful “flower girls”, whose lives depended on their ability to win, and then hold, the affections of their wealthy callers. A mesmerizing and seductive tale of sexual intrigue. END_OF_DOCUMENT_TOKEN_TO_BE_REPLACED

Quote:
In ancient China, before the reign of the first emperor, warring factions throughout the Six Kingdoms plot to assassinate the most powerful ruler, Qin. When a minor official defeats Qin’s three principal enemies, he is summoned to the palace to tell Qin the story of his surprising victory. END_OF_DOCUMENT_TOKEN_TO_BE_REPLACED

Plot / Synopsis
Two friends, Hero Hwa and Chiang Ho-Chie star are two old friends who meet up in later life. Hwa is a triad gang member and Ho-Chie is an insurance salesman, Hero is looking for a career change and Ho-Chie has become disillusioned with life after discovering he has a “bubble” in his brain that could burst at any time killing him. The two decide to switch lives for a bit with the Triad going respectable and the Insurance Salesman taking on the world of the Triads. END_OF_DOCUMENT_TOKEN_TO_BE_REPLACED

Quote:
It is almost impossible to review Hard Boiled and at the same time avoid the bottomless anus-bowl of cliches that surround it. I’m sure it’s been described as “a high octane thrill ride”, and even on the box it says Hard Boiled is “an action fan’s dream”. This is all true, but plain and simple it is just a damn awesome movie. I am at a loss for bad things to say about it. Not many movies get me as pumped up as Hard Boiled does. It uses an arsenal of well executed techniques to draw the viewer into each and every action sequence. END_OF_DOCUMENT_TOKEN_TO_BE_REPLACED