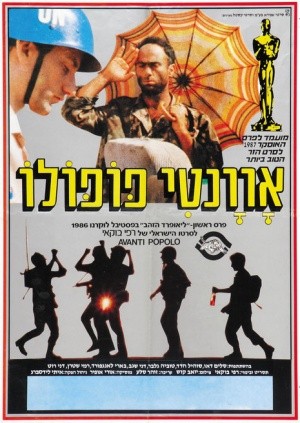 Quote:
Two Egyptian soldiers, Haled and Gassan, are stranded in the Sinai desert at the end of the Six Day War in 1967. This compelling and comical saga follows these soldiers’ attempts to find safety and water. The pair encounter Israeli soldiers on patrol, and Haled, (an actor as a civilian) attempts a virtuoso performance of Shakespeare’s Shylock. Eventually, the “enemies” stride across the sand singing “Avanti Popolo,” an Italian revolutionary song whose words neither side understands. An intelligent and artistic satire on the absurdity of war, this Israeli classic is the first film from acclaimed director Rafai Bukai. END_OF_DOCUMENT_TOKEN_TO_BE_REPLACED