Quote:
A biochemist stumbles upon a well-preserved scientific manuscript from a past century. He and his girlfriend study the document and discover a formula to produce a drug that promises immortality. One vital component, however, is missing. But when an alien gets in touch with the scientist, the solution seems close at hand: The alien offers the biochemist and his girlfriend a trip into the past to meet the man who actually wrote the manuscript. Their first travel back in time fails, but on the second attempt the two indeed manage to meet the inventor… END_OF_DOCUMENT_TOKEN_TO_BE_REPLACED 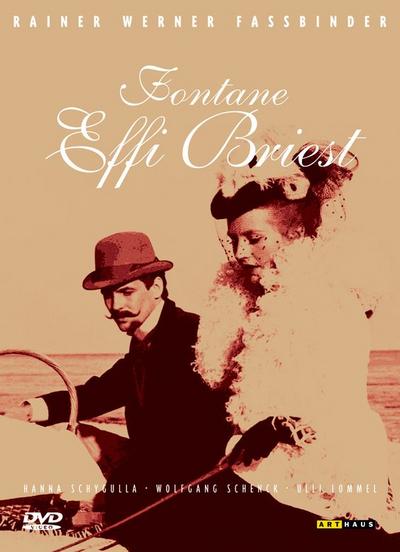 Quote:
It’s a non-traditional black and white film based on the 1894 novel by Theodor Fontane. It’s for an audience that is more aware and welcomes something addressed to the intellect, rather than the way the average casual moviegoer sees a film expecting a story handed to him on a silver platter with a beginning, a middle and an end (usually a happy ending). This is not a film for the casual moviegoer or the critic chasing down blockbusters. Director-writer Rainer Werner Fassbinder has said “It’s a film that really only works in the German language.” What makes the film so difficult for an outsider, is that much of Fontane is nuanced only for the German and therefore someone unfamiliar with the finer cultural points or historical facts will have a tough time of it. Fassbinder based the film on the parts of the novel by Theodor Fontane he agreed with (discarding the parts of the book he disagreed with) and did not make it into a topic about a woman as the title would suggest (a debate grew between the film’s star Hanna Schygulla, who wanted to play it as a story about the titular character; thankfully she couldn’t budge Fassbinder off his intended aim to keep it as a societal moral play and as a result we have a film that is full of conviction and as faithful to a book as you can possibly be). END_OF_DOCUMENT_TOKEN_TO_BE_REPLACED