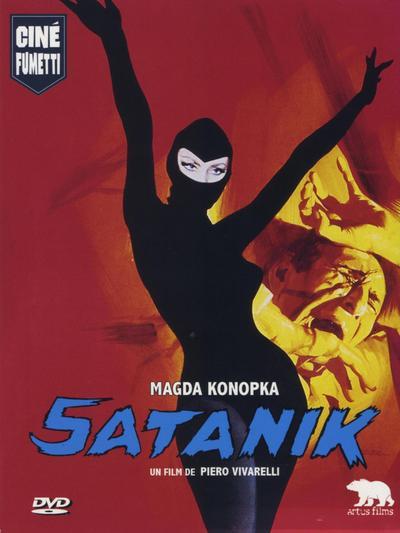 Synopsis
A withered old hag turns into a beautiful young woman after drinking a youth formula.

Review (thanks to [email protected] imdb)
A faithful adaptation of the fumetti neri
The level of success of SATANIK as a film is entirely dependant upon the audience viewing it. An audience expecting something along the lines of OPERAZIONE PAURA or CASTLE OF BLOOD will be disappointed. This isn’t a horror film. Even an audience expecting a giallo in the Argento / Fulci tradition is bound to be dissatisfied by the lack of creative violence and relatively mild gore. In 1968 the target audience for this film were the readers of the hugely successful fumetti neri that had already led to popular cinematic spin-offs of DIABOLIK and KRIMINAL. When viewed in this light, SATANIK becomes a much more successful, though no better, film. END_OF_DOCUMENT_TOKEN_TO_BE_REPLACED