Review
“In French cinema, the simplest subjects often make the most striking films, and Marion Vernoux’s charming but touching romantic drama Rien à faire bears that out. Although the plot is admittedly anodyne stuff, its treatment is pure auteur and the result is a captivating film showing the brutal fragility of an ephemeral romance. The inventive cinematography vividly conveys the mood of the lead characters – frequent moments of euphoria piercing a sense of suppressed melancholia as Marie and Pierre discover a shared relief from their monotonous and unfulfilled lives. Compelling naturalistic performances from Valeria Bruni Tedeschi and Patrick Dell’Isola make this a satisfying and moving minimalist drama about those eternal themes of love, loneliness and desire. ” END_OF_DOCUMENT_TOKEN_TO_BE_REPLACED 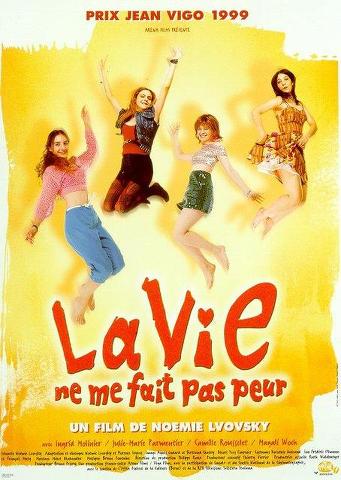 END_OF_DOCUMENT_TOKEN_TO_BE_REPLACED

Quote:
In the twilight of his life, Jean-Baptiste, a painter who has always lived in Paris, says he wants to be buried in Limoges: “Those who love me can take the train”. So begins a sad, wild and marvellous journey which unites all the people that he had touched during his lifetime – his lovers, lovers’ lovers, ex-lover’s new wives, old friends, casual acqaintances, and relatives. But their shared mourning cannot conceal the heartbrakes, rivalries, jealousies and passions wich all simmer to the surface and will – over the course of the journey, funeral and wake, reach some kind of resolution. END_OF_DOCUMENT_TOKEN_TO_BE_REPLACED

Quote:
At the age of 20 Michel was going out with Sonia and was the charismatic leader of their group of friends, and the one that everyone thought would “go far”. But Michel did not live up to their expectations. Ten years later, the friends meet up again…
In 1987, Patrice Chereau had been heading up the Theatre des Amandiers for two years. The previous year he staged a contemporary production of Chekov’s Platonov with his students from the Ecole des comediens de Nanterre-Amandiers. It was them, Valeria Bruni-Tedeschi, Vincent Perez, Marianne Denicourt, Agnes Jaoui, that he brought onto the film set to adapt his own theatrical adaptation for the cinema. It is a great pleasure to see the first steps in front of the camera of these as yet unknown actors in Hotel de France. END_OF_DOCUMENT_TOKEN_TO_BE_REPLACED

Pierre Collier is dead…
He was murdered at the home of senator Henri Pagès and his wife Eliane, where he was spending the weekend with friends. His wife Claire is the number one suspect. She was arrested when found standing next to the victim’s corpse, a gun in her hand. She no doubt had reasons for seeking revenge on her fickle husband. But appearances may be misleading. The weapon is not the one used to commit the crime, and each guest becomes a potential suspect. Pierre’s mistress Esther, Léa his humiliated former girlfriend, Philippe his rival… they all have a motive. And then there’s the senator himself, who is crazy about guns. Captain Grange finds himself confronted by this complex affair – which then becomes even murkier when another murder takes place. END_OF_DOCUMENT_TOKEN_TO_BE_REPLACED

Quote:
Cahiers du Cinéma chose Oublie-moi as its no. 5 pick of 1995 on its annual Top 10 list. Oublie-moi is directed by award-winning director Noémie Lvovsky (whose Les Sentiments was recently recognized as one of the greatest films of 2003 by long-standing Cahiers rival, Positif). Along with being one of the most accomplished and critically well-regarded new directors from France Lvovsky has also had her scripts filmed by the likes of Arnaud Desplechin and Philippe Garrell. Oublie-moi is also one of her original scripts. END_OF_DOCUMENT_TOKEN_TO_BE_REPLACED

Synopsis
A train travels across Italy toward Rome. On board is a professor who daydreams a conversation with a love that never was, a family of Albanian refugees who switch trains and steal a ticket, three brash Scottish soccer fans en route to a match, and a complaining widow traveling to a memorial service for her late husband who’s accompanied by a community-service volunteer who’s assisting her. Interactions among these Europeans turn on class and nationalism, courtesy and rudeness, and opportunities for kindness. END_OF_DOCUMENT_TOKEN_TO_BE_REPLACED