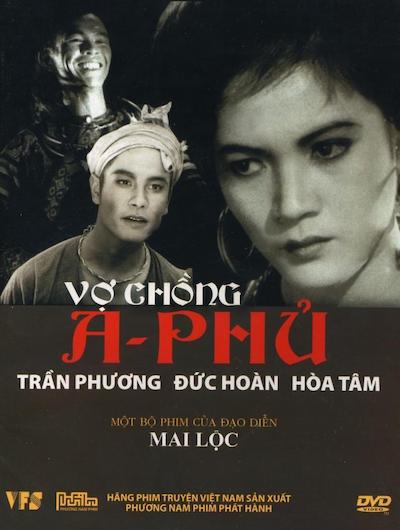 Quote:
Story of how a poor couple, humiliated by a cruel landlord take their revenge as guerillas of the Vietnamese People’s Army. END_OF_DOCUMENT_TOKEN_TO_BE_REPLACED

Quote:
-La pierre de l’attente (1991) about a girl who meets his future husband in a boat people camp. They later establish in France (Paris 13eme arrondissement, “our” Chinatown !), have a kid…but their serenity is broken when the man discovers a terrible secret… based on an old vietnamese tale…but I won’t describe it as it’ll spoil the film … and the secret mentionned END_OF_DOCUMENT_TOKEN_TO_BE_REPLACED

Quote:
With the brilliant Vietnamese summer as a setting Vertical Ray of the Sun is beautiful from beginning to end. The plot centres around three sisters, two of whom are happily married (or so it appears). The youngest sister is single and living with her cute older brother, whom she is desperately in love with. A second sister is married to a man who has another woman and child elsewhere whom he loves just as much as his wife -with a few conditions, she agrees to carry on with the marriage. The third sister and her husband are overjoyed to discover she is pregnant, and though he is tempted, her husband remains loyal to her. Charming, slow-paced, face value, family saga film. END_OF_DOCUMENT_TOKEN_TO_BE_REPLACED

During the General offensive of Spring 1968 in Saigon, there is a communications girl who guides Vietnamese soldiers to fight with the enemy. Tam Son recognizes her as “little Nhung” a girl he knows. At just 10 years old, Nhung’s father went to the North and her mother was killed by the enemy. Nhung had to become a maid for a rich family, who also employed Tam Son to tutor their children. END_OF_DOCUMENT_TOKEN_TO_BE_REPLACED

Synopsis
Bassley, a Nigerian footballer living in Vietnam, has been unable to make a living since he broke his leg. He and four middle-aged women he sometimes works for decide to escape the disappointment of their daily lives. They go to an old house where together they create a special world for themselves. But this intimate utopia cannot last forever. END_OF_DOCUMENT_TOKEN_TO_BE_REPLACED

The Story of Ones gives a face and a sense of place to the unseen and offers a personal counterpoint to the officially sanctioned. Like entering a roomful of stories, the viewer steps into an unfamiliar space guided only by the sound of the Vietnamese state radio tuning in to lifestyle programming, call-in shows and radio dramas. Portraits of daily life are layered atop the aural landscape creating questions and humorous situations and offering the viewer whole new perspectives on what once seemed normal.

Utilizing the banality of Vietnamese state radio broadcasts, this short film gives a face and a sense of place to the unseen and offers a personal counterpoint to the officially sanctioned. END_OF_DOCUMENT_TOKEN_TO_BE_REPLACED

After the liberation of the South, Nguyet, a prostitute on the Huong river tries to find a revolutionary she had rescued from the enemy. She hopes to find him again.