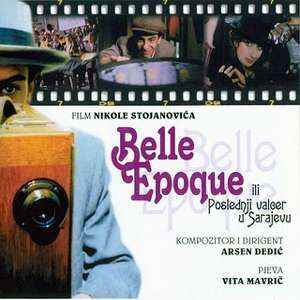 Quote:
Belle Epoque, or the Last Waltz in Sarajevo (Belle epoque, ili poslednji valcer u Sarajevu, 2007) by Nikola Stojanovic is a historical film, which means it is film as history. But it is also film history (as in the study of film)—the work of a film historian. The historical context of the film is made explicit immediately, through the use of pre-credit intertitles questioning what happened in the turn-of-the-(20th )-century Balkans. A subsequent title of dedication “to the pioneers of film” marks the work as a love letter to cinema. In this case, the “belle époque” mentioned in the title refers most closely to the formative years of cinema. It is the subtitle “the last waltz in Sarajevo” that is aligned with the political history of the film. This extended opening intertitle sequence continues, posing the possibility that to understand the wars of secession in Yugoslavia at the end of the twentieth century, we can study the beginning of that same century, where its historical roots lie. So begins a unique film that is an attempt to resurrect history at the same time that, reflexively, the film’s very existence as a finished product is one of resurrected film history itself. END_OF_DOCUMENT_TOKEN_TO_BE_REPLACED