Plot:
Questi fantasmi is based on what was a very popular play by Eduardo De Filippo. In fact, so popular that it was filmed three times during the ’50s and ’60s. The version uploaded here was the latter of these three adaptations, directed by Renato Castellani, and starring Vittorio Gassman and Sophia Loren in the principal parts of the married couple, who moves into a house that may or may not be haunted. Its “classic” pedigree notwithstanding, the film feels very much like a ’60s production, and it is not Castellani’s best work, even if the charming performances by Gassman and (especially) Loren manage to keep things interesting. Possibly best of all is the opening sequence depicting the moment the two fall in love on a rooftop. over a cup of coffee, so to speak. END_OF_DOCUMENT_TOKEN_TO_BE_REPLACED

Quote:
However trivial – or downright ridiculous – the plot may become, Freda shows a mastery of sheer cinematic style that puts most of the more highly-touted Italian directors to shame. Like Minnelli or Sirk, Mizoguchi or Ophuls, Visconti or Fellini, he is in love with the visual and sensuous possibilities of the camera itself. The breathtaking decor and costumes (by Vittorio Nino Novarese, who went on to dress the most elephantine of Hollywood epics) are as strong a dramatic presence as the actors themselves. That’s no slight against the cast: Gassman was as great an actor as Marcello Mastroianni; Sanson and Canale are as strong as they are sensual, as gutsy as they are glamorous – a world away from the insipid sex objects that decorate most action movies! END_OF_DOCUMENT_TOKEN_TO_BE_REPLACED 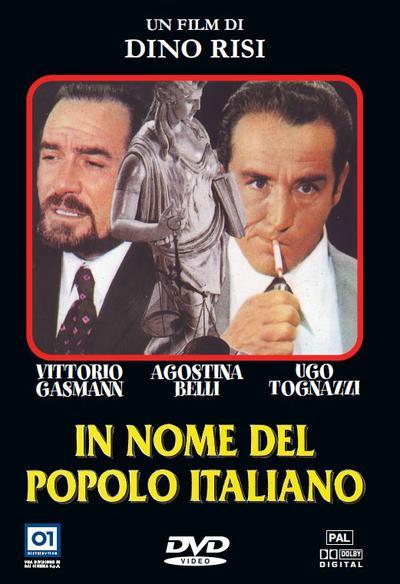 Synopsis:
Set in Rome and its surroundings, the film tells in a frighteningly realistic, ruthless and grotesque the evil of two powerful men of Italy in the seventies: a Director of illegal buildings (Vittorio Gassman), extremist fascist, and an upright judge, cynical looking in part to the Italian law (Ugo Tognazzi). Both can not stand each other, given the contrasts between the two men in any social, political and philosophical. Everyone hates each other and would like to delete it, but just because of the bad example that the two men give power to the people, many Italians are adversely affected because of cheating and rudeness of the fascist manufacturer and the communist magistrate. The director Dino Risi underlines the misdeeds and the weakness of the Italian people to react accordingly, by focusing on the story of these two men who are each other’s opposite of the net. END_OF_DOCUMENT_TOKEN_TO_BE_REPLACED