The classic 1929 Western that put a young guy named Gary Cooper on the map. Also starring Walter Huston in a memorable turn as a baddie. Based loosely on Owen Wister’s oft-filmed novel.

Plot summary:
Molly Wood arrives in a small western town to be the new schoolmarm. The Virginian, foreman on a local ranch, and Steve, his best fiend, soon become rivals for her affection. Steve falls in with bad guys led by Trampas, and the Virginian catches him cattle rustling. As foreman, he must give the order to hang his friend. Trampas gets away, but returns in time for the obligatory climactic shootout in the streets. END_OF_DOCUMENT_TOKEN_TO_BE_REPLACED

Traveling west, former peace officer Frame Johnson and his three friends arrive in Tombstone, a lawless town controlled by the three Northrup brothers. Preceded by his reputation, the town Council tries to get him to take the job of Marshal. He says he will not wear a badge again but seeing the ruthless Northrup murders he accepts. After a killing on both sides, although outnumbered, Johnson and his two remaing friends head to the OK Corral for a shoot out with the two remaining Northrups and their men. END_OF_DOCUMENT_TOKEN_TO_BE_REPLACED 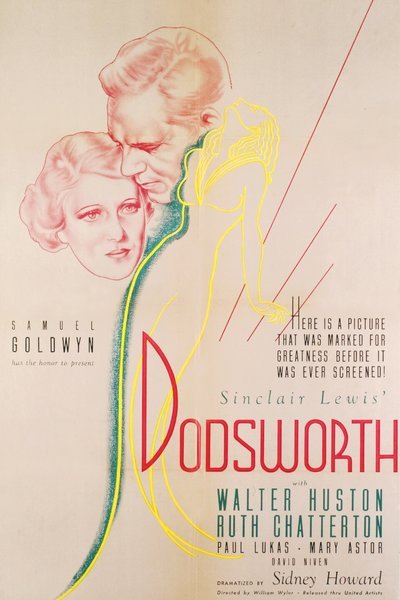 After selling his Ohio auto-parts plant, Sam hopes to celebrate his retirement by taking his wife Fran on a romantic getaway to Europe. Instead, Sam and Fran begin to grow apart, realizing they want different things from life… END_OF_DOCUMENT_TOKEN_TO_BE_REPLACED

Synopsis:
Seven guests, a newly hired personal secretary and two staff are gathered for a weekend on an isolated island by the hosts the Owens who are delayed. At dinner a record is played and the host’s message alleges that all the people present are guilty of murder and suddenly the first of them is dead, then the next – It seems that one of them is the murderer but the leading person is always the person who is murdered next and at last only two people are left. END_OF_DOCUMENT_TOKEN_TO_BE_REPLACED

Newly inaugurated President Judson Hammond is content to live out the next four years exercising a hands-off approach and leaving the problems of Depression America to local authorities. But after a miraculous recovery from an auto accident, Hammond is ready to take on every social ill and neither Congress, gangsters nor the nations of the world will stop him. END_OF_DOCUMENT_TOKEN_TO_BE_REPLACED

A young woman, Poppy, out for excitement in Shanghai, enters a gambling house owned by “Mother” Gin Sling, a dragon-lady who worked herself up from poverty to buy the casino. Sir Guy Charteris, wealthy entrepreneur, has purchased a large area of Shanghai, forcing Gin Sling to vacate by the coming Chinese New Year. Under orders from Gin Sling, who has found out Poppy is Charteris’ daughter, the smarmy Doctor Omar leads Poppy deeper and deeper into an addiction to gambling and alcohol. Gin Sling, realizing that Charteris was her long-ago husband who she thinks abandoned her, plans her revenge by inviting Charteris to a Chinese New Year dinner party to expose his past indiscretions. Charteris, however, has a suprise of his own to spring on Gin Sling. END_OF_DOCUMENT_TOKEN_TO_BE_REPLACED

Synopsis:
The 1870s, New Mexico territory: T.C. Jeffords is a cattle baron who built his ranch, the Furies, from scratch. He borrows from banks, pays hired hands with his own script (“T.C.’s”), and carries on low-level warfare with the Mexicans who settled the land but are now considered squatters. He has enemies, including Rip Darrow, a saloon owner who’s father T.C. took land from. His headstrong daughter, Vance, has a life-long friend in one of the Mexicans, her heart set on Rip, and dad’s promise she’ll run the Furies someday. Her hopes are smashed by Rip’s revenge, a gold-digger who turns T.C.’s head, and T.C.’s own murderous imperialism. Is Vance to be cursed by fury and hatred? END_OF_DOCUMENT_TOKEN_TO_BE_REPLACED