Several survivors of a torpedoed ship find themselves in the same boat with one of the men who sunk it.
In the Atlantic during WWII, a ship and a German U-boat are involved in a battle and both are sunk. The survivors from the ship gather in one of the boats. They are from a variety of backgrounds: an international journalist, a rich businessman, the radio operator, a nurse, a steward, a sailor and an engineer with communist tendencies. Trouble starts when they pull a man out of the water who turns out to be from the U-boat. END_OF_DOCUMENT_TOKEN_TO_BE_REPLACED

At the start of WWII, Katie O’Hara, an American burlesque girl intent on social climbing, marries Austrian Baron Von Luber. Pat O’Toole, an American radio reporter, sees this as a chance to investigate Von Luber, who is suspected of having Nazi ties. As country after country falls to the Nazis, O’Tool follows O’Hara across Europe. At first he is after a story, but he gradually falls in love with her. When she learns that her husband is indeed a Nazi, O’Hara fakes her death and runs off with O’Toole. In Paris, she is recruited to spy for the allies; he uses a radio broadcast to make Von Luber and the Nazis look like fools. END_OF_DOCUMENT_TOKEN_TO_BE_REPLACED

Synopsis:
Professor Peter Boyd’s engagement to the Dean’s daughter is upset by the revelation that his father was a habitual convict. To prove the Dean’s genetic theory of inherited traits as wrong, Boyd starts a ‘secret’ experiment. He borrows the science department’s chimpanzee with the goal of showing that it is one’s environment that affects your reaction to right and wrong. END_OF_DOCUMENT_TOKEN_TO_BE_REPLACED 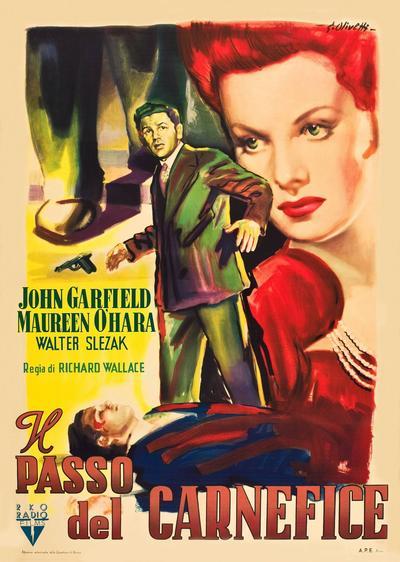