Upon the death of his brother, Larry Talbot returns from America to his ancestral home in Wales. He visits a gypsy camp with village girl Jenny Williams, who is attacked by Bela, a gypsy who has turned into a werewolf. Larry kills the werewolf but is bitten during the fight. Bela’s mother tells him that this will cause him to become a werewolf at each full moon. Larry confesses his plight to his unbelieving father, Sir John, who then joins the villagers in a hunt for the wolf. Transformed by the full moon, Larry heads for the forest and a fateful meeting with both Sir John and Gwen Conliffe. END_OF_DOCUMENT_TOKEN_TO_BE_REPLACED

Quote:
A broke medical student who’s in desperate need of tuition money sells everything he owns to a dishonest professor. When the student’s scholarship is suddenly taken from him, he flies into a rage and kills the professor, whom he feels is responsible for his situation. His life then begins to improve, but as the student grows more reckless, police suspicion continues to grow. END_OF_DOCUMENT_TOKEN_TO_BE_REPLACED

Synopsis:
In 48 BC, Cleopatra, facing palace revolt in her kingdom of Egypt, welcomes the arrival of Julius Caesar as a way of solidifying her power under Rome. When Caesar, whom she has led astray, is killed, she transfers her affections to Marc Antony and dazzles him on a barge full of DeMillean splendor. But the trick may not work a third time… END_OF_DOCUMENT_TOKEN_TO_BE_REPLACED 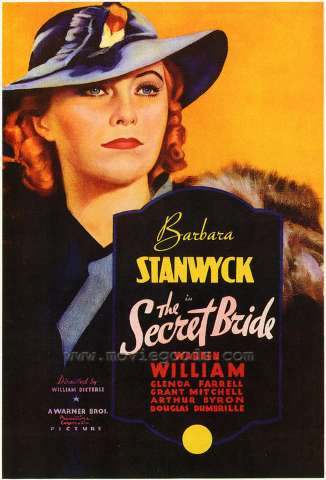 Plot: Before Ruth Vincent, daughter of a state governor, and state attorney general Robert Sheldon can announce their marriage, the governor is accused of bribe-taking. To avoid the appearance of conflict of interest, they decide to keep their marriage secret. The political intrigue becomes more involved, and no one is quite what they seem. Soon Sheldon and Ruth must decide between saving the governor’s career and an innocent person’s life. Written by Rod Crawford END_OF_DOCUMENT_TOKEN_TO_BE_REPLACED