John Blackthorne, an English ship pilot, whose vessel wrecked upon the Japanese coast in the early 17th century is forced to deal with the two most powerful men in Japan in these days. He is thrown in the midst of a war between Toranaga and Ishido, who struggle for the title of Shogun which will give ultimate power to the one who possesses it. END_OF_DOCUMENT_TOKEN_TO_BE_REPLACED 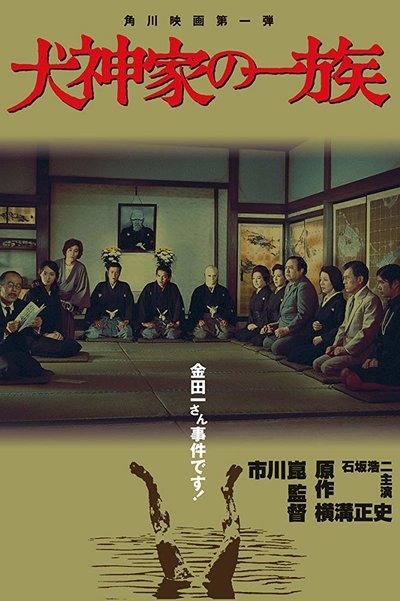 Legendary Japanese director Ichikawa Kons 1976 film The Inugami Family, holds a very special place in Japans long tradition of supernatural suspense. Based on Yokomizo Seishis epic work, the slow-burning family murder mystery is a highly influential title in the directors celebrated filmography and just about required viewing for Japanese cinema fans. When tycoon Inugami Sahei passes away, he unexpectedly leaves the family fortune to outsider Tamayo on the condition that she marry one of the Inugami grandsons – Sukekiyo, Suketake, or Suketomo – pitting blood against blood. Soon afterwards, members of the family begin to show up dead, one by one. Detective Kindaichi Kosuke is called in to investigate the murders, and the truth is slowly revealed as he happens upon years of hidden skeletons and a shocking family secret. END_OF_DOCUMENT_TOKEN_TO_BE_REPLACED