Quote:
While there is an element of science fiction to this political satire about Latin American dictatorships, that element is primarily used to promote the storyline and the message, and not as a value in itself. In a make-believe Spanish-speaking country of the Americas, a dictator (Zbigniew Cybulski) rules with the usual degree of corruption but as it turns out, his wife is the one who gives most of the orders. Two story strands are then woven together: a scientist has invented a way to replicate objects and, lo and behold, he discovers he can make a robotic duplicate of the dictator’s wife. Meanwhile, an ardent, left-leaning revolutionary who happens to be a dead ringer for the dictator ends up taking over the tyrant’s role when he is assassinated. So one has a robotic wife and a fake dictator now running a country which is none the wiser… END_OF_DOCUMENT_TOKEN_TO_BE_REPLACED

Quote:
A drama about unfulfilled love (screenplay by Kazimierz Brandys based on his own short story). The film is for the most part the reminiscence of a radio actress named Felicja, who thinks back to the World War II occupation of Poland by Germany, when she hid a man (Wiktor) sought by the Gestapo in her apartment for a prolonged period. In order to remove suspicion from herself, she began to appear on stage, which rendered her a collaborator in the eyes of her peers from the acting community. Felicja made this sacrifice for Wiktor because she loved him and in spite of her love being unreturned. On the other hand, Wiktor perceives her sacrifice as a burden though Felicja does not notice this. END_OF_DOCUMENT_TOKEN_TO_BE_REPLACED

Janusz Morgenstern – Do widzenia, do jutra aka See You Tomorrow; Good Bye, Till Tomorrow (1960)

In this routine story within a story from Poland, Jacek (Zbigniew Cybulski) is the head of a troupe of thespians and so he is responsible for getting together the material for them to act out on the stage. One day he meets Marguerite (Teresa Tuszynska), the charming and sophisticated daughter of a French diplomat, and his heart does flips. He longs to be with her but she herself is more sensible. What kind of a life would she have with an actor? His ultimate rejection leaves him ample time to mope around and be miserable. But then, Jacek the actor has to get another story ready for his troupe — and so was this sequence of love lost real — or another play for the troupe to perform?~ Eleanor Mannikka, All Movie Guide END_OF_DOCUMENT_TOKEN_TO_BE_REPLACED

Andrzej Wajda – Popiól i diament aka Ashes and Diamonds [+Extras] (1958)

Quote:
On the last day of World War Two in a small town somewhere in Poland, Polish exiles of war and the occupying Soviet forces confront the beginning of a new day and a new Poland. In this incendiary environment we find Home Army soldier Maciek Chelmicki, who has been ordered to assassinate an incoming commissar. But a mistake stalls his progress and leads him to Krystyna, a beautiful barmaid who gives him a glimpse of what his life could be. Gorgeously photographed and brilliantly performed, Ashes and Diamonds masterfully interweaves the fate of a nation with that of one man, resulting in one of the most important Polish films of all time. END_OF_DOCUMENT_TOKEN_TO_BE_REPLACED

Quote:
During the Napoleonic Wars a young French officer seeks shelter in an abandoned building in the town of Saragossa. In this building he discovers a rather odd book, and when an enemy officer attempts to arrest him, the the second officer is also drawn to narrate the book which seems to have been written by his own grandfather (Zbigniew Cybulski). Soon the officer’s grandfather finds himself immersed within a story of fleeing gypsy cannibals, married to Muslim sisters … in his dreams, and on the run from the Spanish Inquisition. But when he meets up with a Cabalist and his storytelling friends, that is when things start to get truly interesting. END_OF_DOCUMENT_TOKEN_TO_BE_REPLACED

As WWII and the German occupation ends, the Polish resistance and the Russian forces turn on each other in an attempt to take over leadership in Communist Poland. END_OF_DOCUMENT_TOKEN_TO_BE_REPLACED 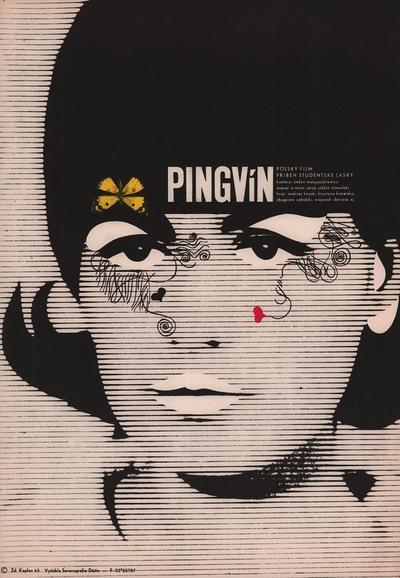 A story about love and the life of the youth of the sixties. A film saturated with insightful psychological observations and the warm, affectionate relationship of the central character. END_OF_DOCUMENT_TOKEN_TO_BE_REPLACED