A town in Fengjie county is gradually being demolished and flooded to make way for the Three Gorges Dam. A man and woman visit the town to locate their estranged spouses, and become witness to the societal changes. END_OF_DOCUMENT_TOKEN_TO_BE_REPLACED

Filmmaker Jia Zhangke chronicles his local literature festival in Shanxi, China which includes a multi-generational roster of the country’s most esteemed writers. END_OF_DOCUMENT_TOKEN_TO_BE_REPLACED

Quote:
Jia Zhang Ke’s The World continues along the same path as Platform and Unknown Pleasures, but it’s livelier. This gorgeous, profoundly melancholy distillation of contemporary China’s precarious global position is his most accessible film to date. From the stunning opening tracking shot, in which Tao (Zhao Tao) glides through the backstage of the eponymous amusement park, loudly asking for a Band-Aid, Jia cannily conflates the magical and the prosaic. The World may end with a whimper, but it certainly starts with a bang. That opening immediately establishes a strong sense of community, but by the end of the film, we learn that among the working class in contemporary Beijing, the bonds of friendship and romance are ephemeral by necessity. END_OF_DOCUMENT_TOKEN_TO_BE_REPLACED

Quote:
Like his last film, 2008’s 24 City, Jia Zhangke’s Un Certain Regard title I Wish I Knew is a documentary/fiction hybrid about modern-day China. Where 24 City took a personal focus on the citizens of a Chinese town affected by the construction of a high-rise condominium, I Wish I Knew takes a broader view, examining the history of Shanghai as viewed from the present. It combines interviews with citizens, actors, and filmmakers with architectural shots of present-day Shanghai and footage of actress Zhao Tao wandering the city. The film is never less than gorgeous, and there’s often an intuitive and pleasing internal rhythm to how he cuts within and between shots. END_OF_DOCUMENT_TOKEN_TO_BE_REPLACED 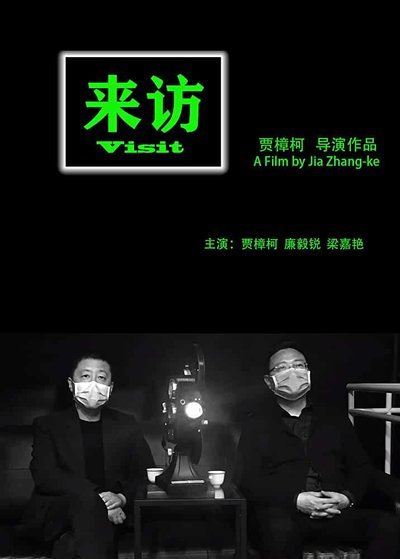 Synopsis
The idea is to create a film at home, using the environment, the people or the animals in that space. The only outdoor areas that may be used are outdoor living spaces, such as the terrace, the garden, the balcony and the stairwell. END_OF_DOCUMENT_TOKEN_TO_BE_REPLACED

Set in China’s underworld, this tale of love and betrayal follows Qiao, a dancer who fires a few warning shots during a fight and then, after lying to protect her gangster lover Bin from a long prison sentence, ends up in jail herself. When she’s released five years later into a changed world, she goes in search of Bin, who has been mysteriously silent during her imprisonment… END_OF_DOCUMENT_TOKEN_TO_BE_REPLACED

Quote:
In China, three unemployed Shanxi laborers are looking for work. Their last hope is to be employed as performers in a surreal amusement park.

Tony Rayns wrote:
A showstopper, a funny/sad tale of three unemployed miners – their faces will be familiar to fans of Jia’s films – trying for ridiculous new jobs as bodyguards and theme-park actors. END_OF_DOCUMENT_TOKEN_TO_BE_REPLACED